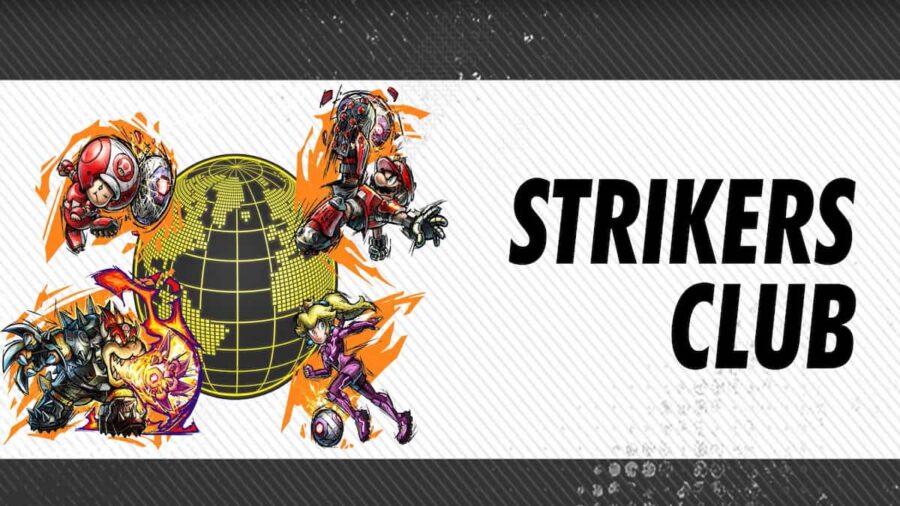 Strikers Club is an online-only mode in Mario Strikers: Battle Leauge. You can either create or join a Club, which can consist of 20 players. Regardless of whether you are the Club leader or not, you will compete against other online Clubs for rankings and promotions.

There will be numerous seasons in Mario Strikers: Battle League. As you play matches and win, you can earn points to increase your Club's rank. You can play online matches by yourself or co-op with other players in your Club.

How your Club places in a season determines what division placement it receives in the following season. Your Club's ranking will shift up or down at the end of each season depending on how you fared that season.

The Club owner has free reign to customize and manage the Club's settings. This includes:

When customizing the Club's uniform, owners can change the color, pattern, and logo to create a unique look. When deciding on a stadium, the choices include theme, fence post, goal-line decoration, goals, and field. Your Club's stadium will smash against the opposing Club's stadium, creating a split pitch.

How to create a Club in Mario Strikers: Battle League

If you do not want to join a Club but rather create one, you can do so after selecting your Striker. Press Y in the Strikers Club menu and follow the prompts. You will need to enter a name, select a uniform, region, club policy, and join conditions. You can change these later on.

How to join a Club in Mario Strikers: Battle League

How to leave a Club

If you created the Club, the Leave Club would be Resign As Club Owner instead. The function of this is the same, and you will leave the Club.

How do Clubs work in Mario Strikers: Battle League