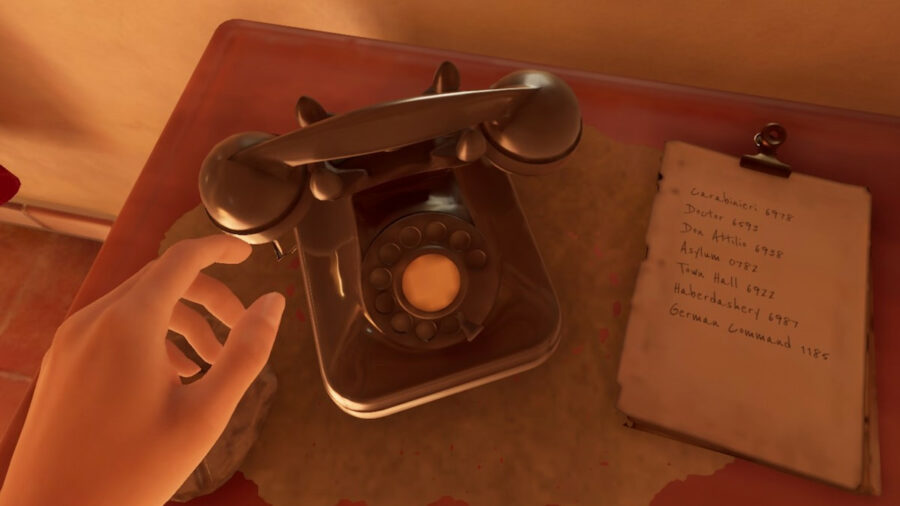 Making phone calls within Martha is Dead may not seem important initially, but it becomes a central gameplay aspect later in the storyline. Therefore, it's important to know when and how to use the phone.

When can you make calls?

You cannot make phone calls immediately in Martha is Dead. If you try, you'll find that this feature is not possible. The day after Lapo dies and you read his letter, you can fully use telephones. This comes as part of the decoding mission from his letter. You will also use the telephone for the main quest towards the end of the game.

Related: Where to find the bike pump in Martha is Dead

How to make calls in Martha is Dead

Once you have the feature available to you, making calls in Martha is Dead is pretty simple. Walk up to any of the phones to interact with them. Then, begin spinning the rotary dial around to choose each of the four digits. Make sure you are careful in your placement, or you will have to start all over again. Once you have entered the number correctly, it's simply a matter of waiting for the other person to pick up the phone.

How to make phone calls in Martha is Dead