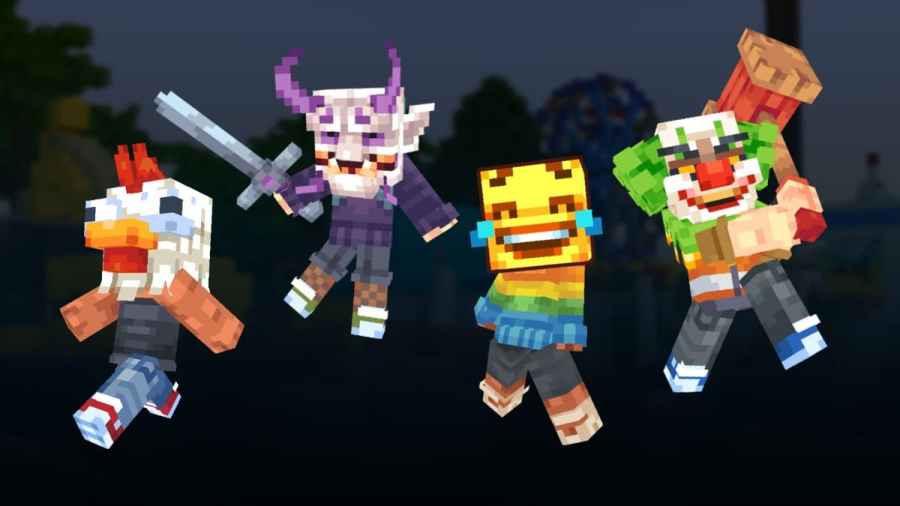 If you are wondering how to unlock various cosmetics in MCC Island, you can unlock them by playing the game. In short, players can earn cosmetics by playing mini-games and earning special in-game currency. Players can use a special in-game currency called coins to purchase cosmetics via the Shopping District and Game Token Shops in the Game Lobbies​. Earning cosmetics is also possible by earning Faction level rewards, Leveling up, and completing quests. You can also acquire cosmetics from World Quests, Events, and completing achievements in MCC Island.

What are blueprints in MCC Island?

Blueprints are special items that players can unlock to add variation to cosmetics unlocked by playing the game. Similar to regular cosmetics, Blueprints can be purchased from vendors or earned as a reward from factions, quests, and leveling up. Players can also earn blueprints from customization kits and crates.

Related: How to sign up for the MCC Island Beta

All types of cosmetics in MCC Island

How to equip cosmetics on MCC Island

To equip cosmetics on MCC Island, you must open the Wardrobe menu option and browse through various categories until you find an unlocked cosmetic. To equip unlocked cosmetics, simply hold down the shift key and click on the item.

For more on Minecraft and MCC, we at Pro Game Guides have you covered with guides like How to Tame a fox in Minecraft (2022) and All Teams in Minecraft Championship 23 (MCC 23).

How to Unlock Cosmetics in MCC Island