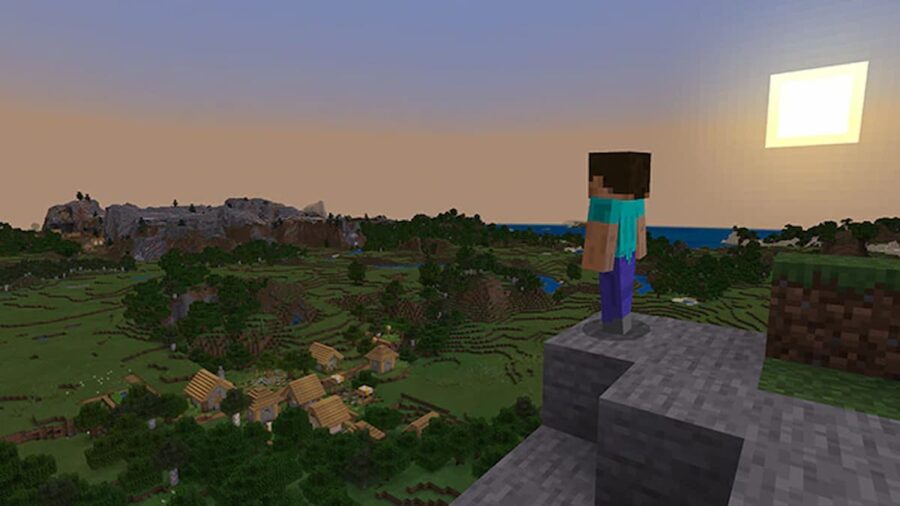 In June 2022, Mojang unveiled a controversial change to Minecraft Java edition. That change was Chat and Player Reporting. Slated to be added in Minecraft Java edition 1.19.1, the new feature allowed anyone to report a message in Minecraft, and potentially have the sender of that message banned. These bans can be global, meaning you’ll be banned from all Minecraft online play.

This enhances the moderation of the game at the expense of freedom and self-moderation the community once had. And as a result, the community is not happy. If you casually follow Minecraft on YouTube, Twitch, or Twitter, you’ll no doubt have seen videos with titles like “The Beginning of the End of Minecraft,” “We Need To Talk About Mojang…” and “Save Minecraft.” The #SaveMinecraft tag has also periodically trended across social media.

A lot of this outrage comes from the fact that the reporting tool is easily exploitable, infringes on player freedom, and takes agency away from players. But with this moderation comes more than just a few bans and limits on what you can say. Mojang and Microsoft's policy of moderation will force players away from legitimate versions of the game, and make Minecraft less safe than it is today.

Moderation protects players - most of the time

On paper, more chat moderation is good. In the online space, there are millions upon millions of users, and not all of them are here to have a good time. Some have malicious aims with intentions to bully, intimidate, insult, and otherwise harass people. Chat features in gaming provide an outlet for this toxic behavior because of the anonymity and distance that online games provide.

What’s more, it’s often vulnerable, marginalized, and otherwise maligned groups that are the victims of attacks through chat and in-game behavior. As a result, any moderation and reporting tools can be used to limit the scope of the harassment these groups face. No one wants to see people become the victims of bullying, especially in Minecraft. The game is one of the most played games in the world, and a creative outlet for millions.

But chat moderation has existed in a perfectly usable way in Java editions of Minecraft for years. In public online communities and servers, moderation has always been a part of the game. In almost every online Minecraft experience, there are those who can ban people who are breaking rules and disturbing other players. Even on Anarchy servers, with no rules, such as 2b2t, the admin has stepped in to prevent real-life crimes and behavior that damages infrastructure. Moderation in Minecraft is nothing new and exists on every single server.

But that is direct moderation. The communities are either small enough to be able to understand the nuance of a situation or if players are banned, the bans are not global. You can keep players out of the communities they disrupt, without preventing them from playing the game completely. However, this new reporting system is potentially global, meaning once you’re banned, that’s it.

The new chat reporting tool will offload this moderation to an in-direct source. Context and nuance will be lost, and communities will no longer be able to moderate themselves. What’s more, the system is broken and easily exploitable.

The chat reporting tool is broken, and can’t be fixed

When the first Minecraft Snapshots including the Chat and Player Reporting tools were added, players almost instantly found ways to break them. By using plugins and other features to delete messages, you could manipulate and create situations where any innocuous sentence becomes ban-worthy. YouTube Nodus uploaded a video using a plugin to delete their messages and showed how anyone could exploit the system.

This is because the system works by signing messages server-side before sending them for review. With a plugin, you can spoof and even hide messages before they’re reported. Ironically, this system of signing messages uses a kind of blockchain technology–something Mojang previously stated that would not be incorporated into Minecraft.

There’s also the way you could mass report someone and turn the chat reporting tool into a tool for bullying—the exact thing it’s designed to stop. Say you wanted to harass someone. You could get a bunch of friends together and falsely report them. Like many moderation tools, the new chat reporting system takes the volume of reports into account when deciding to ban. As a result, any group of players can target and ban anyone for any reason. This makes content creators and good players on servers targets, because anytime people who don’t like them want to, they can report and get them banned.

There’s also the worrying precedent that Minecraft Bedrock set with player bans. Integrated moderation and player bans have existed in Minecraft Bedrock edition for several years, and there are now a plethora of horror stories. From players banned for seemingly no reason, with no avenue of appeal, to players even banned from playing single player. A chat ban can completely remove functionality from your game. This is an unfortunate reality of modern game and software sales, where you don’t actually buy the product. Instead, you own a license to play the game, and it can be revoked at any point by the publisher or developer.

Couple this all together and imagine the issues. The chat reporting tool can be easily manipulated, and easily deceived, and can result in permanent bans. It’s a recipe for disaster. Except… we don’t need to imagine it. Minecraft has a 1-1 example of what happened when global moderation and bans were introduced.

The failed reporting system of the past

In 2011, there was a plugin called MCAdmin. This server plug-in created a player blacklist among other reporting tools. The basic premise was a “three strikes and you’re out” system. If a player was banned from three servers running MCAdmin, they’d be banned.

This predictably went incredibly bad. A group of griefers who were targeted by MCAdmin set up three of their own servers running the moderation tool. They then banned hundreds of accounts, including ones belonging to the creator of MCAdmin. Ultimately this caused the creator to disable the tool and rethink how it was executed. The three-strike system was removed, and MCAdmin went back to being a more generic moderating tool. YouTuber TheMisterEpic has a more detailed video on the story.

This is ancient history now in the Minecraft space. But it serves as a perfect example of the kind of things that can happen. Is Mojang going to step in when everyone starts reporting Jeb? Or some of the most popular YouTubers? And at that point what’s the threshold? Does a one million subscriber YouTuber get to be immune to the system, but a creator with 2000 subs doesn’t? But speaking about stories of the past…

In the depths of the past, all of ten or eleven years ago, online gaming was not as simple as it is today. We are truly spoiled by the simplicity of online gaming in the present. We can connect directly to our friends through dedicated servers that are run for free by developers, without having to pay. We have vetted friends lists. We can click on those friends lists and instantly play with those friends. It’s a golden age.

For Minecraft, playing online with friends has never been easier. There are thousands of free servers. There are services that will allow you to set up and use a server, with mods pre-loaded, completely free. And Mojang and Microsoft themselves offer Realms, a paid service that sets up an easy-to-use Vanilla server. There are basically no issues.

But flashback to the early 2010s, and games like Minecraft, Counter Strike, Garry’s Mod, etc. didn’t have servers run by the developers. Instead, players either had to take on the laborious process of setting up a server themselves or join a server, which often cost money or was just plain bad. In fact, a lot of these servers were awful. Anyone who’s tried to play a game of Counter Strike Source on 192 ping will attest to that.

To get around this, players developed ways of simulating Local Area Network (LAN) play. LAN play was the easiest way to enjoy multiplayer. And software like Hamachi allowed you to play on a VPN (Virtual Private Network) with friends by essentially tricking your computer into thinking your friend’s PC was on the same network as you. Minecraft was especially prone to players using this due to its “Open to LAN'' setting, which allowed you to turn single-player worlds into multiplayer ones with a few clicks of a button.

Using Hamachi, though, was almost as difficult as setting up your own server. And while it got simpler with each version, it was still a barrier to entry. This is one of the reasons Minecraft on Xbox was so popular. Even with its janky controller interface and limited capabilities compared to the Java edition, it was simply easy to play with other people. Just pick up a second controller and start playing. And later, you could do the same through Xbox Live.

And this isn’t to mention all the potential security risks that came with Minecraft Servers and Hamachi in the past. Opening up your computer to others through Hamachi essentially gives them access to anything you’re sharing on your local network. This was especially dangerous due to operating systems that were popular during the time, such as Windows 7, that prioritized ease of local network access. What was an ideal feature for computers in a work setting, was a vital security risk if you only used your computer at home for gaming.

But over the years all this changed. By the time Minecraft had its resurgence in 2019, servers had gotten a lot better. Many Bedrock editions of the game included native multiplayer. And Minecraft even added Realms, its own server system.

That golden age might be over, though. With the introduction of the chat reporting system, many users are proactively looking for alternatives. Like the 1.9 Combat Update that split the Minecraft community, players are refusing to update the game, communities are not updating servers, and mods are being developed to bypass the reporting. Many well-known Minecraft YouTubers are speaking out about the changes and supporting these methods. And their often young fans will follow their methods, taking them away from Mojang's systems like Realms and Bedrock Edition.

The community will return to the old methods. The Hamachi link, the “Open to LAN” work-around, the dodgy mods. They’ll use unofficial versions. They'll risk their security and their safety to move away from the moderation tools that Mojang has implemented for that very reason. And that will make Minecraft less safe.

For more Minecraft news, info, and guides, check out How to add controller support for Minecraft Java on Pro Game Guides.