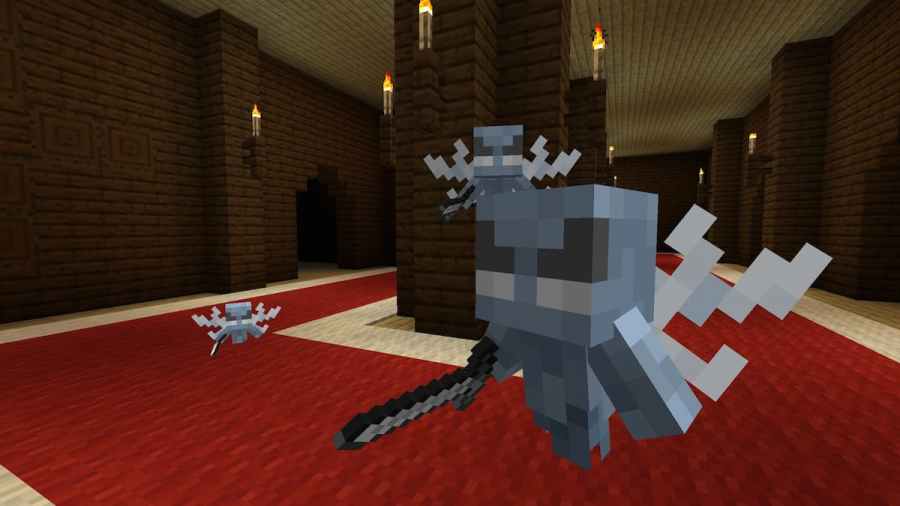 On November 9, Mojang added a visual update to the Vex in its latest Minecraft snapshot. This change compacted the model, made it more appealing, and made it look closer to one of the game's more recent mobs, The Allay. With the change, the Vex now looks more like a corrupted or evil version of the helpful Allay, as seen in a post on Minecraft’s official Twitter.

The resemblance is obvious, with the Vex proportions and base model closely aligning with the Allay. This change definitely adds some lore implications to the Vex and the Allay, as well as adding reasoning behind the existence of both. Twitter user Jolly Tater Man of MC also compared the two models side by side.

Originally, the Vex was just a creature summoned by Evokers. Evokers are magic-wielding Pillagers, who reside in Woodland Mansions, but also participate in Raids. Vexes didn’t really have much lore behind them. Their models were scaled-down versions of the normal Minecraft human model with wings.

Related: Minecraft How to Make A Map or Map Wall

But now, with their model closely resembling the Allay, introduced in the last update, a few answers about where Vexes come from have been answered. Allays are often found trapped in Woodland Mansions and Pillager outposts. However, we previously didn’t know why Pillagers trapped these creatures. Now we have an answer.

The Pillagers seemingly have a way of turning and corrupting the Allays into Vexes. Allays can carry items but don’t use them. The corruption makes Allays pick up swords, attack, and become the Vex creatures that Evokers summon. It’s a dark bit of lore, but it's also utterly fascinating!

Despite the model change, Vexes will retain the same hitbox. After all, they were hard enough to hit anyway. So apart from the visual change, and lore implications, the gameplay of the Vex will remain the same. Perhaps in the future you’ll be able to summon your own Vexes to attack for you. But for now, this visual update is more of an Easter egg than anything solid.