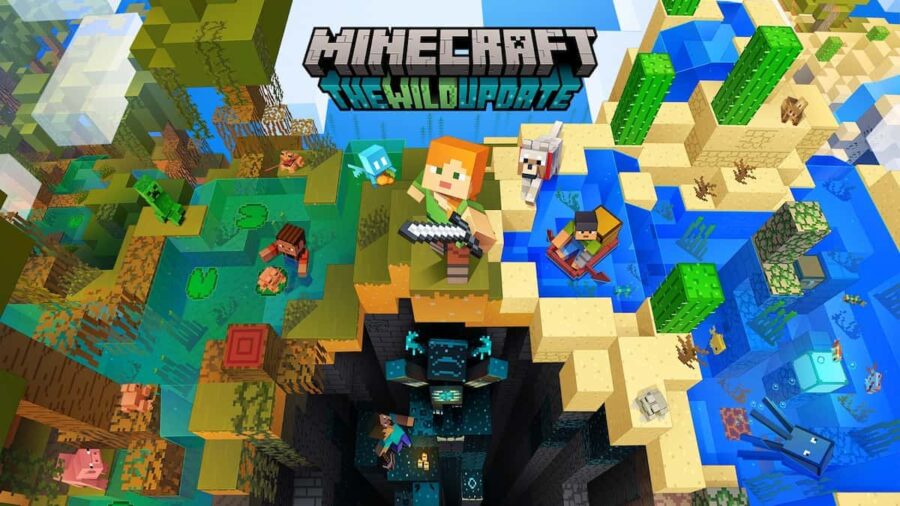 The Wild Update is an incredible anticipated update to Minecraft, adding, among other things, the Mangrove biome, The Warden boss monster, and the Deep Dark. But when exactly does the Wild Update come out?

According to an official post from Mojang, the Wild Update will be released on June 7, 2022. So it’s a perfect summertime game!

What’s in the Wild Update?

The Wild Update will add new biomes, blockers, monsters, and items. As mentioned, the Deep Dark and Mangrove swamp are some of the new biomes, but there are also some other interesting features being added.

Skulk, Shriekers, and Skulk, a terrifying dark mass that spreads across your Minecraft world when things die on it, is native to the Deep Dark. From the Skulk, the fearsome Warden spawns, a hulking monster that can kill a player through full Diamond armor!

But on the less intimidating side, Mangrove swamps and Mangrove trees will add a new type of wood and new trees to the game for you to harvest and decorate with. What’s more, while you’re harvesting Mangroves, you can make one of the new Boats with a Chest. Similar to the Minecart with a Chest, this item will allow you to easily transport items across the

Finally, in terms of mobs, the Mob Vote creature, the Allay, is being added. And last but not least, Frogs, Tadpoles, and Frogspawn are being added. Overall, there’s a lot to be excited about in the new Wild Update.

For more Minecraft news and guides, check out How to play Minecraft Classic Unblocked at School or Work on Pro Game Guides.

When does Minecraft The Wild update come out?