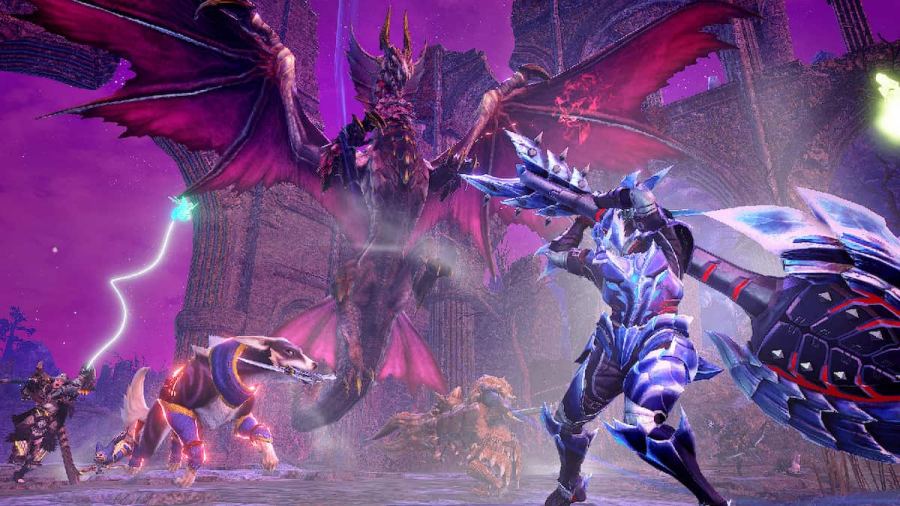 Three new monsters are being added to the game following the release of Free Update 3: Chaotic Gore Magala, Risen Teostra, and Risen Kushala Daora. Chaotic Gore Magala is effectively a brand new monster despite being a variant, while Risen Teostra and Risen Kushala Daora are expected to be more in the same vein as Risen Chameleos before them. We suspect their Risen states will be just as deadly as well. Successfully quelling these beasts will reward Hunters above MR10 with unique materials for new weapons and armor, with the armor having brand-new skills attached.

The ability to tackle brand new A7★ Anomaly Quests is coming for more seasoned hunters. These quests will add Flaming Espinas, Scorned Magnamalo, and Seething Bazelgeuse to the list of possible Anomaly monsters that can be obtained. That means hunters will get the opportunity to face even stronger versions of these monsters than their base states added in Free Update 2.

The Anomaly Investigation cap is also being raised to level 200 in Free Update 3. This comes with the ability for hunters to lower the level of their Anomaly quests at their convenience. In addition, Materials obtained from Anomaly Investigations can now be used for new augment categories for weapons and armor. Hunters can use these materials to augment Defense or Skills, allowing for more personalized customization.

Beyond the additions of new monsters and items, Free Update 3 will also allow hunters to bring their Followers on almost every Master Rank quest, including Anomaly Quests and Investigations. A slew of new paid cosmetics is also being added in the update.

Title Update 3 also includes a variety of new paid DLC, including new gestures, stickers, music, player voices, and the "Hinoa" layered armor set. Fashion hunters who fancy cuddly creatures as much as Dame Fiorayne will also be able to purchase either individual weapons or the full collection of the plush "Stuffed Monster Series," alongside an expanded list of other unlockable layered weapon options.

Free Update 3 will also feature new Event Quests that will reward hunters with an assortment of both useful and cosmetic items, including the new Kagami character voice being added as Free DLC.

For more information on Monster Hunter Rise: Sunbreak, check out What is Qurious Crafting in MHR Sunbreak? right here on Pro Game Guides.