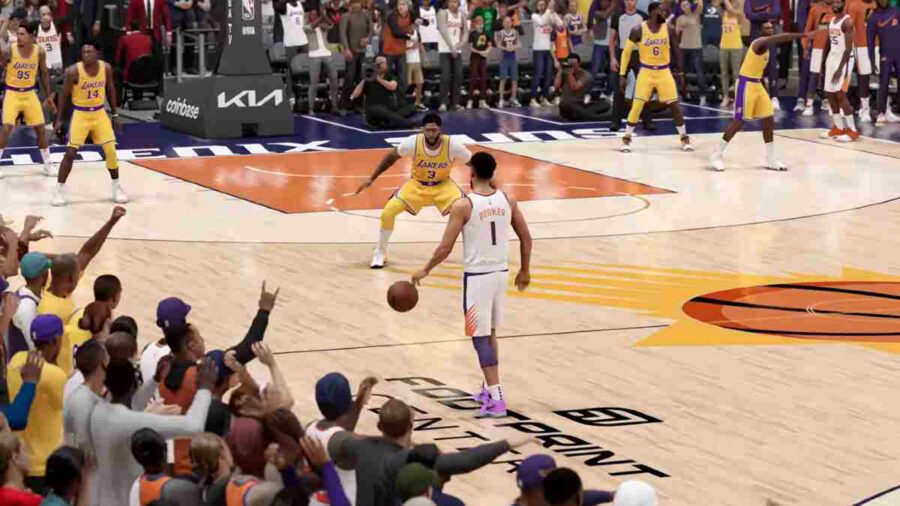 NBA 2K23 features the most realistic basketball gameplay to date and allows players to play online with each other in Franchise, MyCareer, and quick games. You can jump into the action with your created player or one of the stars from the NBA or WNBA, but does NBA 2K23 have crossplay/cross-progression?

NBA 2K23 does not support crossplay between different platforms, according to the NBA 2K23 FAQ. Playstation, PC, Xbox, and Switch players will only be able to play online with players on the same console. NBA 2K23 has a new-gen version, which does not support online play with current-gen versions of the game.

However, players that purchase the Digital Deluxe, Michael Jordan, or Championship Edition can download both versions and play with current-gen and new-gen players, but only by switching between versions.

Related: Everything we know about NBA 2K23 – Release date, pre-orders, and more

NBA 2K23 features cross-progression for both MyTeam and your VC Wallet, but only on the same console family. If you own both new-gen and current-gen versions of the game, your MyTeam progress and VC will transfer over. However, in-game saves like MyCareer and Online Franchise do not transfer progress.

PlayStation 4, Xbox One, PC, and Nintendo Switch versions are current-gen, while the PlayStation 5 and Xbox Series X/S have access to the new-gen version with better graphics, more gameplay features, and smoother animations.

Does NBA 2K23 have crossplay/cross-platform?