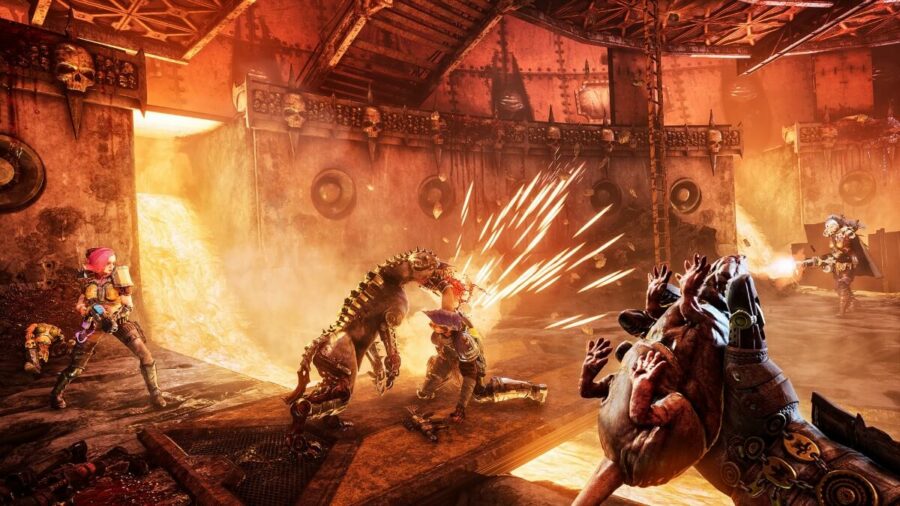 If you were wondering if you can pet the dog in Necromunda Hired gun, the answer is yes, as it was shown in a recent trailer for the game called Enter the hive.

In the trailer, you can see the bounty hunter petting his dog at 0:12 in the video, but it is worth noting that it could be something just prerender for the trailer. However, it appears to be actual gameplay, so there's that.

Along with petting the dog, which is called a Cyber Mastiff by the way, you can upgrade them, and they will have their own set of skills. The dog will also level up and even has its own upgrade menu similar to yours in the game, as shown below.

This menu shows that its body will also have the following upgrade types, all of which seem interesting, and we can't wait to see how they will function upon release.

But upgrades aren't the only thing you can do with this dog, as you can apparently control it via a chew toy that can be used to mark enemies you want the dog to attack.