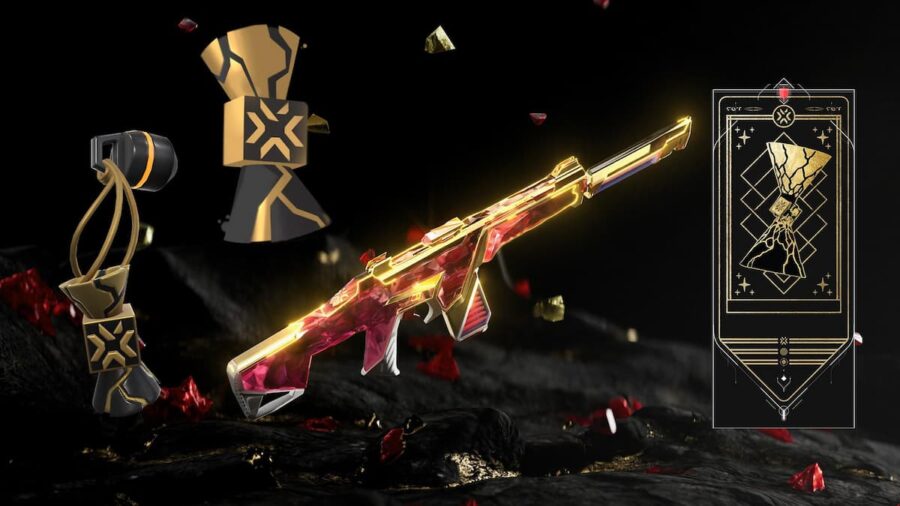 With the Valorant Championship 2022 around the corner, Riot Games has finally announced the Champion skin collection for this year. The limited-time bundle set includes a Phantom Skin, Butterfly Knife, Trophy Card, Buddy, and Spray. Like the previous year, 50% of the money acquired through the sales of the Championship skin will directly go into the total prize of the second global Valorant Championship 2022. Apart from that, Riot has announced a unique event pass and drop reward system containing several free rewards for all the enthusiastic Valorant esports fans.

The following Championship bundle set for this year will feature the following game items.

Compared to last year's collection, the new bundle is far better design-wise, especially the phantom skin and the butterfly knife. The Phantom skin will have a custom audio effect, custom model change, and a visual effect that will keep evolving for every five kills-maxing out at 25. The Butterfly Knife also has a secret easter egg that will trigger once you top frag and cross above 25 kills a match.

Remember, the Championship collection will only be available from August 23 to September 21, 2022. Being a limited-time set, they will not return to the game store or night market anytime in the future.

As mentioned earlier, there are a lot of free rewards for viewers tuning in to the Valorant Championship on the official Valorant YouTube and Twitch channels. Before watching, make sure to link your Riot Account with your YouTube or Twitch profile to be eligible for claiming the rewards.

Apart from the broadcast drops, the players can also earn extra rewards by completing the limited-time Free Champions Event Pass during the event starting on August 23, 2022. You can unlock all seven tiers of the event pass by playing any game mode of your choice.

You can also expect several new Championship poster banners across all in-game maps to reflect the mood.