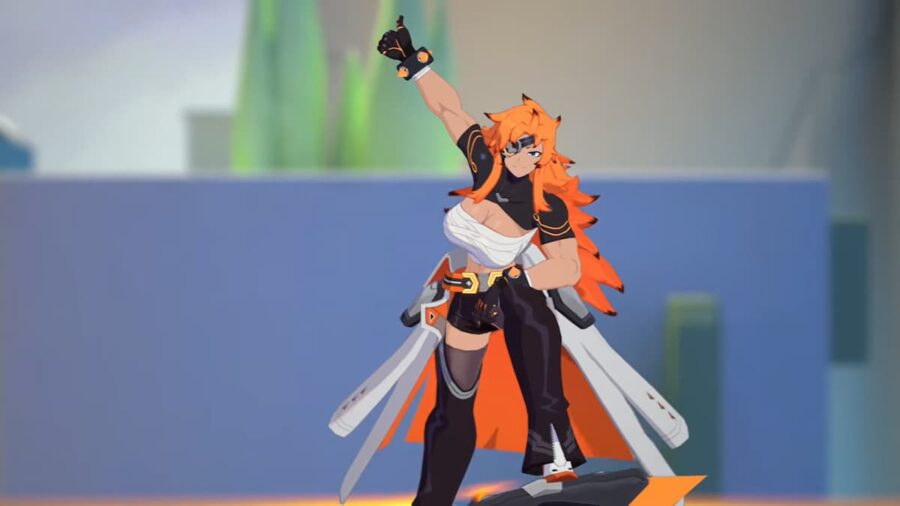 There are many characters to choose from in Omega Strikers, and you will want to pick one that meshes with your playstyle and team synergy. Asher is the first character added to Omega Strikers' roster, meaning you will see a lot of her at first. It also helps that she is good at defense and offense. Check out our recommendations for the best Asher build below.

Trainings are passive perks you can equip to your character. You are allowed three of them, and they can alter your character's ability and play style. Equipping the right Trainings is essential for maximizing your efficiency. What Trainings you should use depend on if you intend to play forward or as the goalie. Here are our recommendations for the best Trainings for Asher in Omega Strikers.

When playing Asher as a forward, you should aim to oppress and harass the opposing team. Her Breakthrough dash will get a strong buff through Super Surge, moving further and hitting harder. Built Differently and Tempo Swing increase Asher's hits and also make her larger to cover more ground.

Creator of Large Things will amp up Asher's already good defensive options. Pathsplitter becomes a huge wall that pushes forward. Built Differently makes Asher larger and blocks more of the goal. Finally, Tempo Swing will power up each of Asher's strikers, letting her box with over-aggressive attackers and clear the core more effectively.

How to play Asher in Omega Strikers – Tips, Tricks, and Strategies

Asher is an exceptional character, as she can rotate between offense and defense thanks to her powerful kit. She can either play up front and push the core and with opponents into the goal, or stand back and put up an unbreakable defense.

When playing forward, you will want to use your Pathsplitter to create a moving wall to either push opponents out of the way or into a knockout, or use it to prevent the opposing team from clearing the core. This, combined with her Breakthrough dash and Arc Beam, will let you cover up close and far away.

As a goaltender, Asher looms large and can block off a portion of the goal with Pathsplitter. If used properly, it can form a wall that acts as a second goalkeeper and prevent any chance of scoring. Breakthrough should be used to cover the other side of the goal when you need to move quickly. Finally, you can use Arc Beam to clear the core before it reaches your goal.