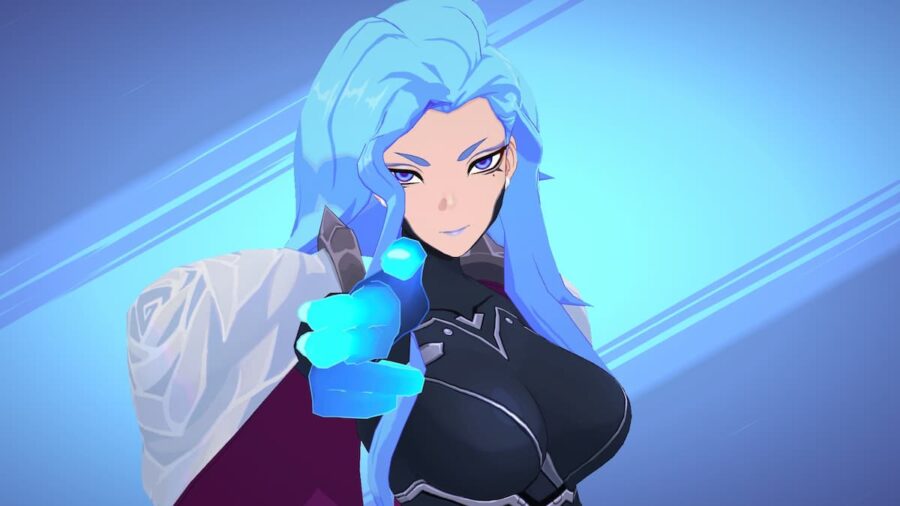 There are many characters to choose from in Omega Strikers, and you will want to pick one that meshes with your playstyle and team synergy. Those who enjoy scoring should check out Estelle, as she is a fantastic sniper and forward. Check out our build recommendations for Estelle in Omega Strikers below.

Trainings are passive perks you can equip to your character. You are allowed three of them, and they can alter your character's ability and play style. Equipping the right Trainings is essential for maximizing your efficiency. What Trainings you should use depend on if you intend to play forward or as the goalie. Here are our recommendations for the best Trainings for Estelle in Omega Strikers.

This is where Estelle shines, as her kit is very offensive. Crossover grants her additional speed, which works great with her mobility ability Rose Warp. Rapid Fire ensures that you can cast Piercing Shot more often, which is great for sniping the core or getting a surprise hit on an unsuspecting player. Lastly, Missile Propulsion will buff most of Estelle's kit, making her more dangerous and deal more damage.

There is no real reason to pick Estelle when playing goalkeeper, but she can manage the position decently as long your attackers keep the opposing attackers busy. You should be using Rapid Fire and Missile Propulsion with Piercing Shot to keep the core away from your goal. Built Differently makes you larger, which, when combined with Rose Warp and Crystal Thorns, lets you cover most of the goal.

How to play Estelle in Omega Strikers – Tips, Tricks, and Strategies

Estelle is an exceptional forward and offensive striker thanks to her powerful kit and mobility. If playing Estelle, you will want to be the primary forward and focus on scoring goals rather than knocking out opponents. That being said, she can play midfield well thanks to her range.

Piercing Shot will become your best friend thanks to its utility. It can be used for long-range pokes, sniping goals, or simply pressuring opponents. One strategy that we are fond of is using your basic strike to send the core at the goalie, then right as they strike it, use Piercing Shot to quickly hit it back before their strike cooldown ends. This is a consistent way to score goals and win matches.

Rose Warp and Crystal Thorns also fit nicely into Estelle's playstyle. Rose Warp provides some useful mobility while also striking nearby opponents. Her special, Crystal Thorns, is a great tool for hitting a wide area and pushing opposing players for a sneaky knockout.