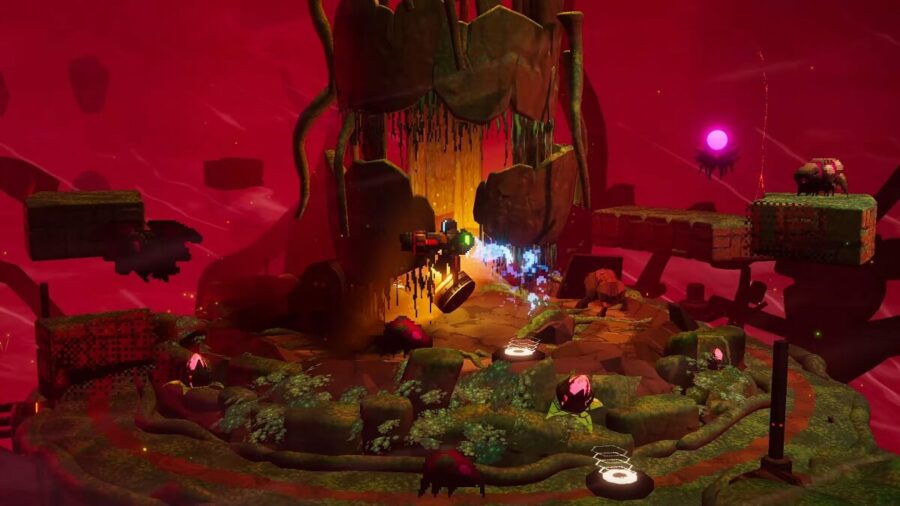 Orbital Bullet uses a very innovative skill tree system. During your run, the game randomizes your starting four skills, and then you have to choose between two patterns to sit on top of your current four. Then, you can link trees together and progress up the chain by spending upgrade points.

These are all skills that you can level up by leveling up, using the Experience System in the game. Like most games kill things and you'll gain EXP to gain a point.

This makes knowing what skills are available so that you can create your build around them. If we are missing any skills feel free to tell us in the comments! If you are, after all the Global Skills then we've got you covered!

Related: How many Planets and Levels are planned for Orbital Bullet

Leaves a bomb when performing a dodge roll. This has a five second cooldown.

Gives you an additional jump, allowing you to jump three times in succession.

A combat drone follows you and shoots your targeted enemies.
Level 1—Drone has short-range and low accuracy.
Level 2—Drone has further range and high accuracy.

Some of the damage from Energy Weapons jumps to nearby enemies.

Your weapons have more accuracy and less bullet spread.

Increase your maximum Health points.
Level 1—plus 25.
Level 2—plus 50.

Shoots a laser beam from your boots when you do a jump.