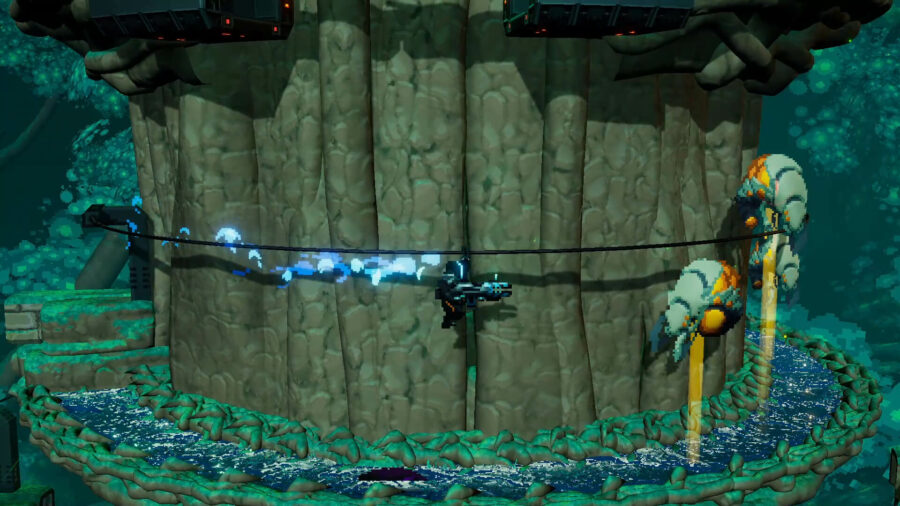 Many early access games have a roadmap, so players can see what is coming in the future. It creates hype and relief that content is coming, and gamers won't be frustrated with the lack of communication and content.

Orbital Bullet has not been in early access for long, but they are listening to their player's feedback, and in the latest early access update, they showed off a roadmap for 2021. Although it seems empty at first, even having one is brutally important, as it shows off what is coming for June, and it'll be continually updated.

Related: How many Planets and Levels are planned for Orbital Bullet

At the moment, there are only a few planets in Orbital Bullet, however, that is changing un June when Smokestab is releasing a new planet past Miro. Let us introduce Fresh Meat, along with a new biome/area, The Meat Factory.

Here is a list of all things coming in June, along with the new planet: