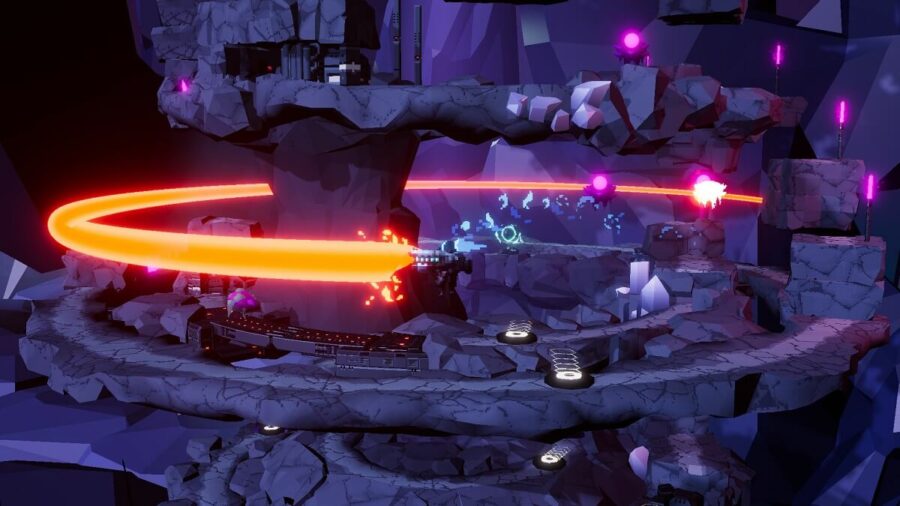 Smokestab has a total of Seven Planets in store for the full release of Orbital Bullet. Due to the game being in early access at the moment, this means that the full seven worlds are not currently in the game.

In the game currently are Three Planets, each cylinder having diverse enemies and obstacles in your path. Each planet has a total of two areas that you need to get through in order to progress to the next planet. When you defeat the second boss, the game current ends with a coming soon message, so this will be another planet upon the next update.

Here is a list of all the Planets and Areas currently in the game.

Not all planets will come at the same time, they will be trickled out over updates during the early access stages. Though the next planet that is coming is The Meat Factory! Click here for the roadmap of Orbital Bullet.

Smokestab are not sure if they will be more planets coming via Downloadable Content (DLC) or with free updates after the official release.

Want to know more about Orbital Bullet, well PGG has you covered! Here are All Skills in Orbital Bullet and the Patch Notes and Updates!