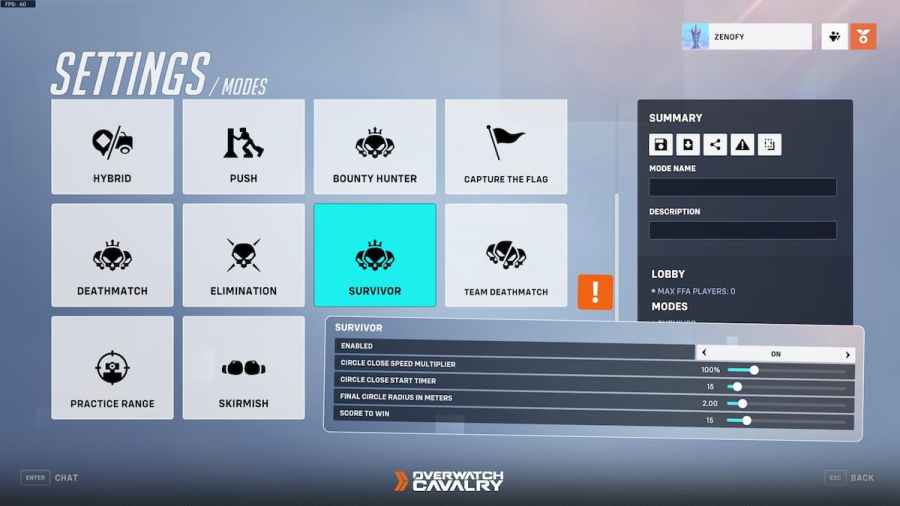 Clearly, with the popularity of Fortnite and Call of Duty: Warzone, the battle royale craze is still going strong in the world of gaming. It may be being implemented into Overwatch 2 through a "secret" game mode. It's unclear when most gamers will be able to play this mode, though.

Battle Royale is possibly on its way into Overwatch 2

This "secret" battle royale mode was found by Overwatch Cavalry, a Twitter account that spreads news about Overwatch. The Tweet that broke the news showed the game modes screen for custom games, where there was a mysterious mode called "Survivor."

Survivor mode is allegedly a battle royale mode for Overwatch 2. There even is supposed to be a "circle" that closes in, similar to the storm in Fortnite. Overwatch Cavalry mentions some bugs with the circle, as it does not appear in the game.

Most Overwatch 2 players can't play this game mode at the moment. The bugs that Overwatch Cavalry found likely stem from the mode being in an early stage of development. This could be something that players get to partake in later on after a patch.

The reaction to this news was rather mixed. While some gamers are excited at the prospect of battle royale being brought into the world of Overwatch, others are tired of battle royale modes being implemented in more and more games.

Want more Overwatch 2 coverage? Check out How to play Kiriko in Overwatch 2 - Abilities and Tips here at Pro Game Guides!

How to play Battle Royale in Overwatch 2