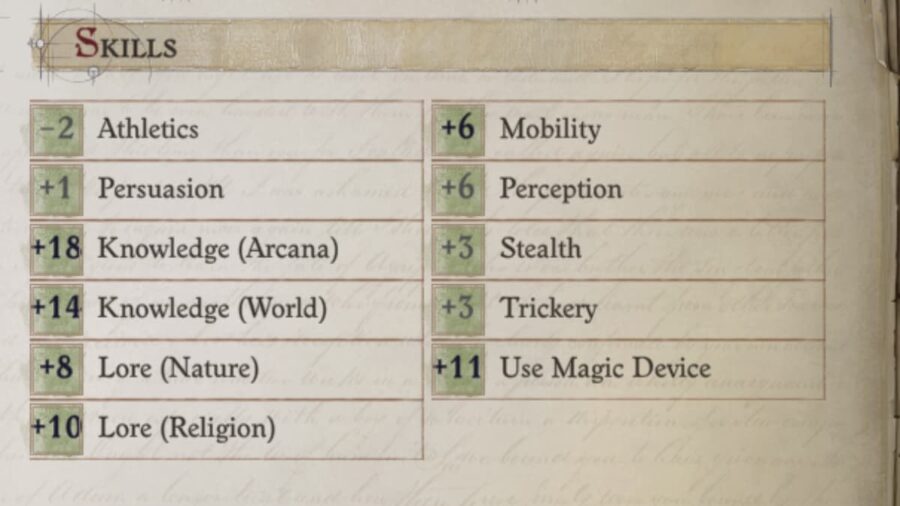 If a player has a certain amount of points in various skills such as trickery and skills such as persuasion, they will be able to influence the outcome of dialogue scenarios and possibly find alternative routes to multiple quests in the game through skill checks.

To influence an outcome of a dialogue scenario, they must pass a skill check that requires a certain amount of whatever skill is displayed next to an option. If it's an intimation, it will need persuasion, if it's perception, it will require the perception skill.

Related: How to kill Vrock in the market square in Pathfinder: Wrath of the Righteous?

Skill checks also don't require only the player's character to have the skill, if the player has party members with the skill, they will lend the points they have in the skill to help pass the check.

If the player ends up passing a skill check, they will be able to unlock alternative paths and better solutions to quests that can offer more rewards. Passing skill checks in dialogue can also aid you later down in line with other quests.

Because of this, it's important to have a variety of different companions who all have various skills so that you can pass skill checks with little to no issue.

Check out our other Pathfinder guides for more help with the Pathfinder series!