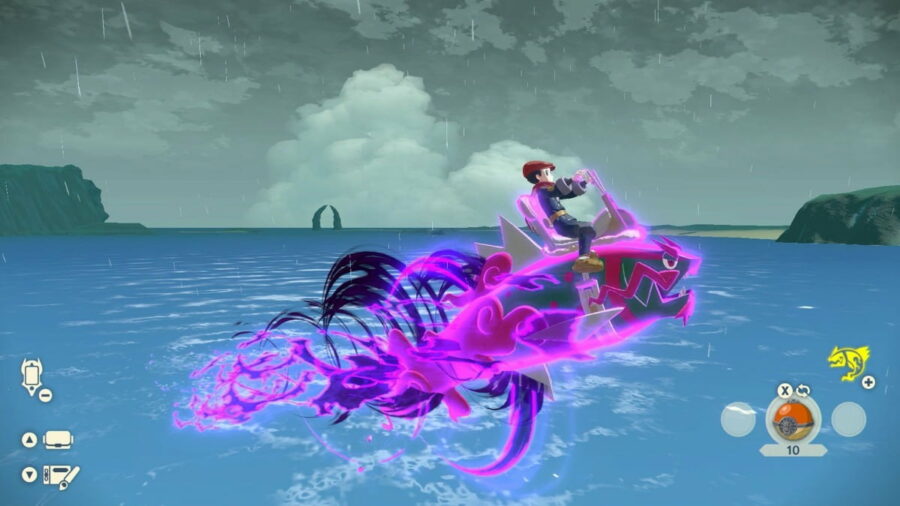 In Pokémon Legends: Arceus, moves determine your Pokémon’s potential in battle. Pokémon will naturally learn more powerful ones as it levels up, but you can also visit Zisu in Jubilife Village to have it learn others for a price. This is true for every Pokémon in the game, including Basculegion—Basculin’s Hisuian evolutionary form.

Basculegion is a bulky Pokémon with a high Attack stat. This means that it’s better off with more physical attacks than special attacks. Given that, below are the best moves it can learn.

Moves that are used by Pokémon of the same type have their base damage increased by 50%. We call this same-type attack bonus (STAB). Wave Crash is going to be your Basculegion’s main STAB move.

Basculegion, sadly, doesn’t learn any physical Ghost attacks, so Shadow Ball will do as your STAB move. Plus, it will hit Ghost types, which it’s weak to. Basculegion is also weak to Grass-type Pokémon, which is why we have Ice Fang in the movepool.

Rest is for regening HP, a great move for a high-HP Pokémon in Pokémon Legends: Arceus. After all, the game doesn’t have the sleep status—only drowsy. Drowsy Pokémon can still move sometimes. It’s no different from being paralyzed and will only last a maximum of five turns. Wave Crash is also a recoil move, so Rest will help keep Basculegion in the game.