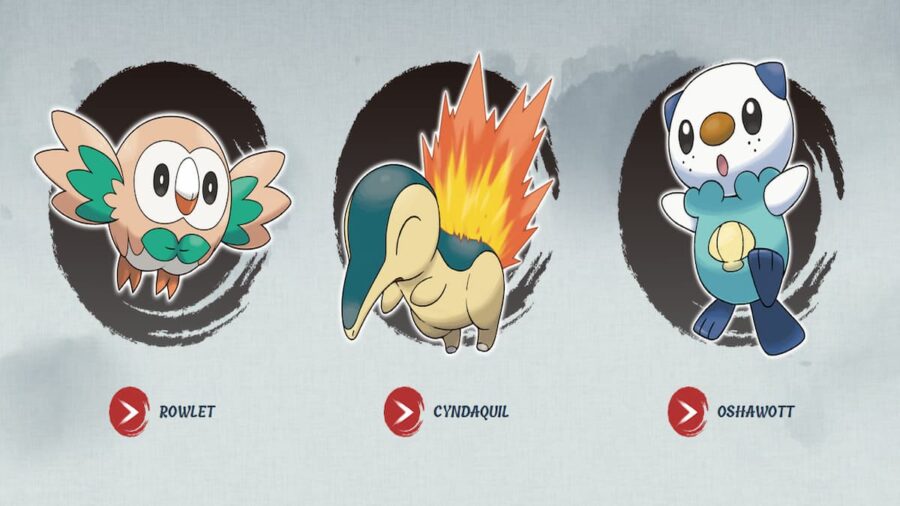 Pokémon Legends: Arceus is the latest entry in the Pokémon series and takes a different approach to gameplay and style. What does remain true, however, is the Pokémon, and every trainer's first decision is which starter Pokémon to choose.

Cyndaquil is a fire-type Pokémon that has high special attack and speed. For this reason, you will want to increase its speed so that it can outspeed most opponents and get the first hit in. This makes the best nature for Cyndaquil the Timid nature. This will reduce its attack and increase its speed.

Oshawott is a water-type Pokémon with a fairly equal attack and special attack. This makes it somewhat unpredictable, as you can focus on either form of attack. So, the best nature for Oshawott is the Adamant or Modest nature. Adamant will increase its attack while Modest increases its special attack. Choose the nature based on which you prefer to focus on.

Rowlet is a grass-type Pokémon with a fairly equal attack and special attack and a good special defense. This makes it an offensive or defensive Pokémon. The best nature for Rowlet is either the Calm or Timid nature, based on your preference. Timid increases its speed, letting it get the first hit off more reliably. Calm will increase its special defense so it can survive more hits. Your choice will reflect how you want to use Rowlet.

For more information on Pokémon, check out Pokémon Go Raid Schedule: Bosses and Counters (January 2022) and Are there trainer encounters in Pokémon Legends: Arceus? on Pro Game Guides.