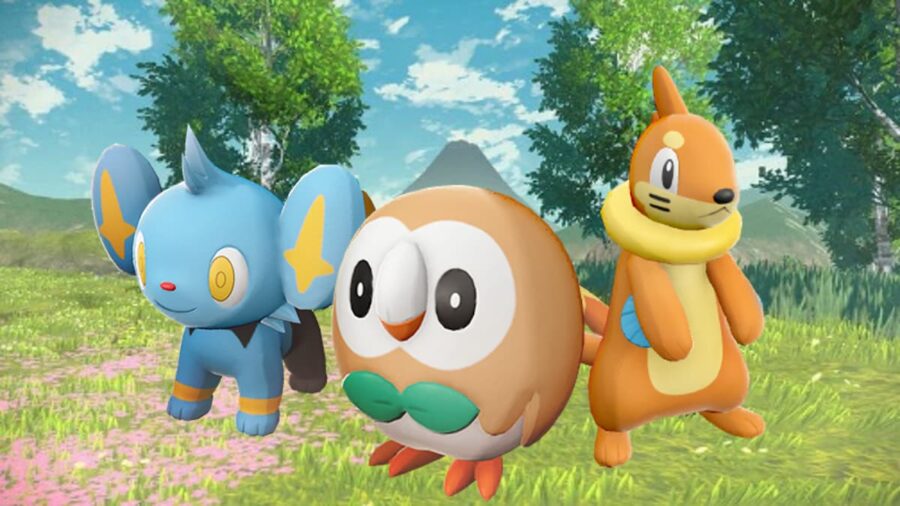 Images via The Pokemon Company

Rowlet, Cyndaquil, or Oshawatt will be your start Pokémon. This will naturally be one of, if not the strongest on your team for a while. Each has two evolutions, and the final evolution is unique to the Hisui region. You’ll definitely want to center your starter Pokémon early on, and most likely throughout the whole game.

Bidoof, Shinx, and Starly are the first three Pokémon you catch while completing your trial for the Galaxy Team. Unlike with your starter, you get to keep all three. Of these Pokémon, Shinx is the strongest, but don’t underestimate the other two’s worth in the early game. Bidoof is a bit of an underrated tank in the early days, and Starly is worth evolving at least once.

Ponyta, Buizel, Drifloon, and Wurmple are some of the first Pokémon you will find in the wild. While Wurmple doesn’t have much longevity, its early evolution into Beautifly or Dustox makes it a powerful way to start off. The others are great for early elemental advantages—Ponyta being a fire type, Buizel being a water type, and Drifloon (found at night) being a ghost-flying type.