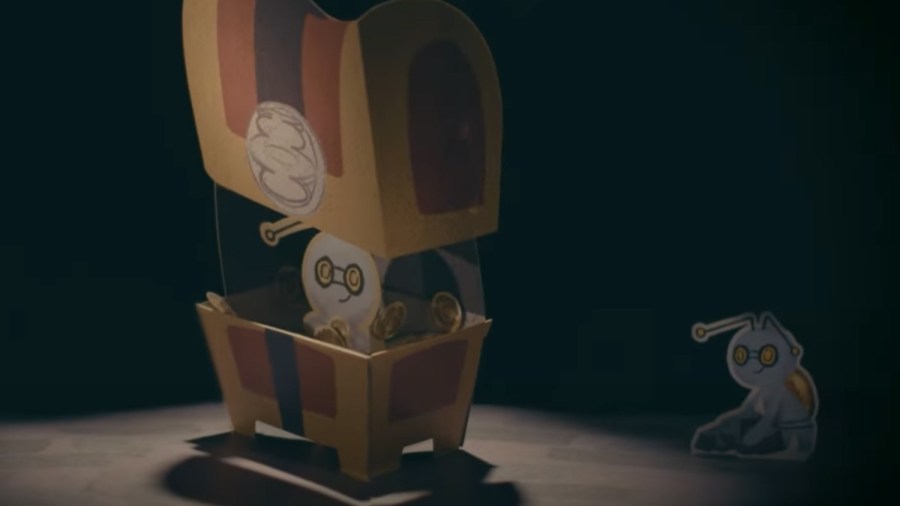 Pokémon Scarlet and Violet reveals (and leaks) have been few and far between, given that the game is due to drop next week. However, in a new trailer released this morning, an odd monster spotted by Pokémon GO players was revealed to be a new monster native to the Paldea region: Gimmighoul. This new monster will likely be a Ghost type, and can be caught and tamed in Pokémon Scarlet and Violet.

The trailer gave Pokémon fans eager for more information plenty. Rather than a quick reveal, the video showed Gimmighoul's background and behavior, as well as its name and design. Gimmighoul is noted to be both shy, but manipulative via a fairy tale about its origins. Apparently, this Pokémon rarely leaves its treasure chest. Gimmighoul loves coins, though, and it will mesmerize others to collect coins for it and place them in its chest.

Looking for more of our latest Pokémon coverage? Check out New adorable ghost dog Pokemon drains the life out of you and Iono hops into battle with Bellibolt, her Electric frog partner Pokémon here at Pro Game Guides.