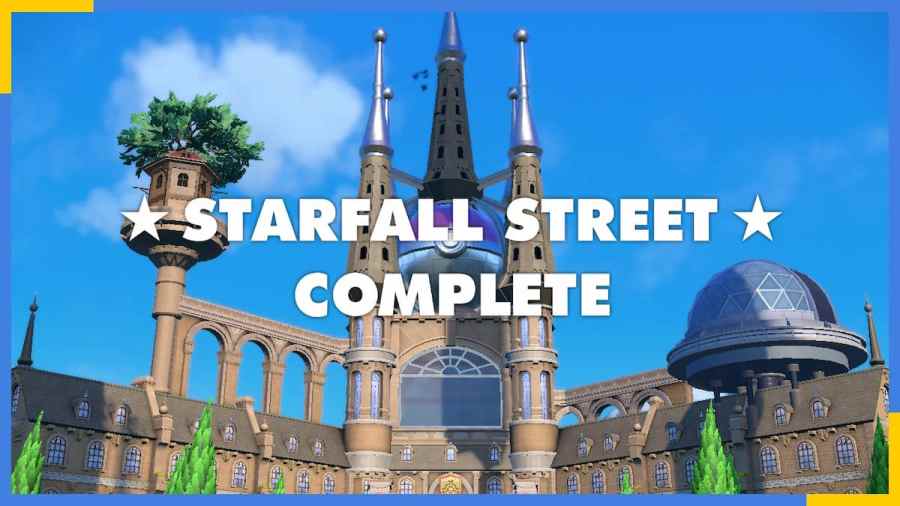 To finish up the Starfall Street storyline of Pokémon Scarlet & Violet, players will have to battle the leader, Penny. For the fight, it is recommended to have Pokémon leveled up to level 63 and to have already gathered the eight Gym Badges. If players are getting to the fight at higher levels than 70, the fight will be a breeze. But with anything lower, it is important to have a good team composition. This is everything players need to know about the final fight in the Starfall Street storyline in Pokémon Scarlet & Violet.

Penny will have a full team of six Pokémon and can require a lot of switching during the battle. As long as players have good counters for each Pokémon, the fight can be made very easy. By this point in the game, it's recommended to have already beaten the Dragon Titan before taking on the end of the Starfall Street storyline. This is Penny's entire team:

Related: How to evolve Eevee into Sylveon in Pokémon Scarlet & Violet

The battle isn't too tough if players brought the right counters for each Pokémon on Penny's team because their movesets aren't very diverse. Umbreon and Vaporeon have high Special Defense Stats and are easier to take down with Physical moves. The only thing that can stop this is every Pokémon's use of Baby-Doll Eyes to lower the Attack stat of the target.

Jolteon is the fastest Pokémon on Penny's team, but it won't matter if players just have a Ground Type they can switch in. Flareon's Flare Blitz and Leafeon's Leaf Blade will hurt a lot, so bringing a Pokémon with high Defense or a strong Pokémon with high Speed that can take them out in one hit is recommended. For Sylveon, any Steel Type Pokémon will be able to take it out without much trouble.

To know how to get some of the Eeveelutions for yourself, check out How to evolve Eevee into Espeon in Pokémon Scarlet & Violet on Pro Game Guides.