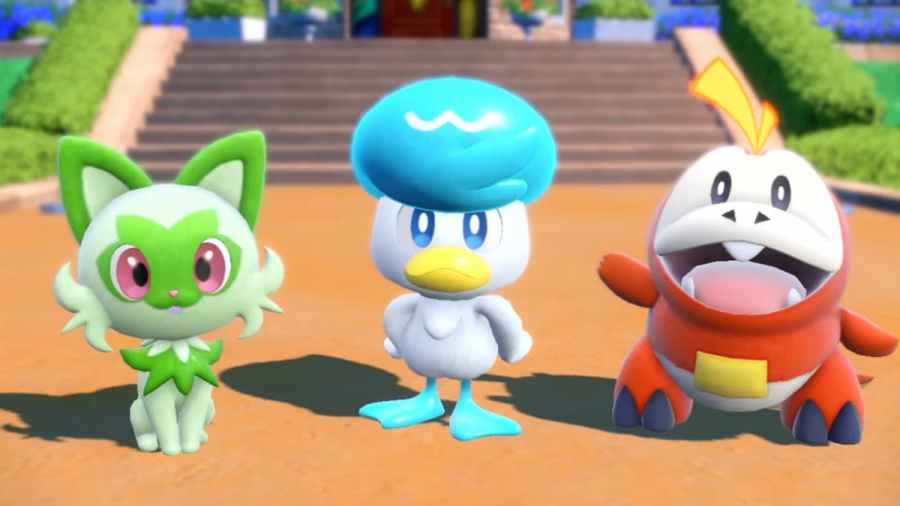 With just about a week left before its release, fans around the world are anxious to see what Pokémon will be in store in Scarlet and Violet. The three starters for the Paldea region (Sprigatito, Fuecoco, and Quaxly) were shown off very early in the game promotion, but their evolutions haven't been shown in any of the official trailers. Now, it appears as though they might have been leaked. Huge spoiler alert ahead

Sprigatito's final evolution appears to be a larger cat with some magical abilities. Named Meowscarada, it is apparently a Grass-type and Dark-type, similar to Shiftree and Zarude. It also is rumored to have the Hidden Ability Protean, which changes the type of the Pokémon based on the move it uses.

As for Fuecoco's rumored final evolution, it appears to transform into this fiery alligator named Skeledirge. It looks like Fire-type and Ghost-type, just like Hisuian Typhlosion from Pokémon Legends: Arceus. Skeledirge appears to be known as the Singer Pokemon, so it may learn song-based moved like Sing, Disarming Voice, and Hyper Voice.

Unfortunately, this is the best image available for Quaxly's final evolution, which looks like it will be called Quaquaval. Apparently, Quaxly will lose its wings when it evolves, so it won't be a Flying-type. Instead, the rumor is that Quaquaval will be Water-type and Fighting-type, just like Rapid Strike Urshifu.

Want more Pokémon news? Pro Game Guides has you covered with What are special Tera Raid Battle events in Pokémon Scarlet and Violet?

Pokémon Scarlet and Violet Starter Evolutions seem to have leaked