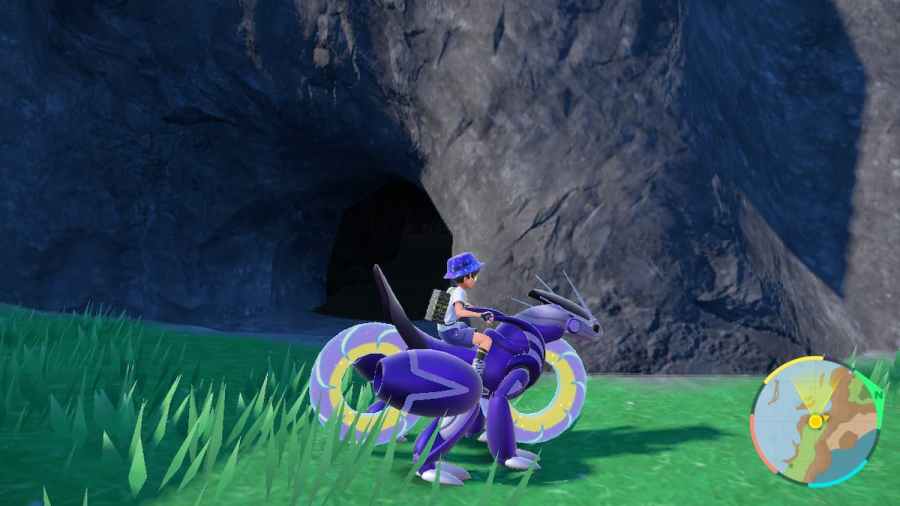 Hydro Cannon, Frenzy Plant, and Blast Burn are moves that are so powerful, only starters can learn them. They usually are only taught by Move Tutor, which made many to believe they would not be found in the Paldea region. As it so happens, TMs for these moves can be found in Pokémon Scarlet & Violet. They are tucked away in a hard to find place, though.

To get the TMs for these powerful moves, players will want to head up to Glaseado Mountain, preferably the Glaseado Mountain Watchtower toward the east. From there, head north to the back of the mountain.

There is a small trail of grass right behind the snow with Indeedee and Hawlucha roaming around. Trainers should follow this path westward until they find the entrance to a cave. This cave will have each TM for Hydro Cannon, Frenzy Plant and Blast Burn next to each other.

Related: How to get the Chipped Pot and Cracked Pot in Pokémon Scarlet & Violet

Each of these moves have 150 base power, making them huge tools capable of inflicting tons of damage. Similar to Hyper Beam, the user will need to recharge on the turn after they use Hydro Cannon, Frenzy Plant, or Blast Burn. Trainers should use these moves with caution.

These moves will be exclusive to the final evolutions for starter Pokémon, which typically means only Skeledirge, Meowscarada, and Quaquaval. Other starters, such as Charizard, will also become available through events, however. More starters may also be included in the game in a potential DLC package.