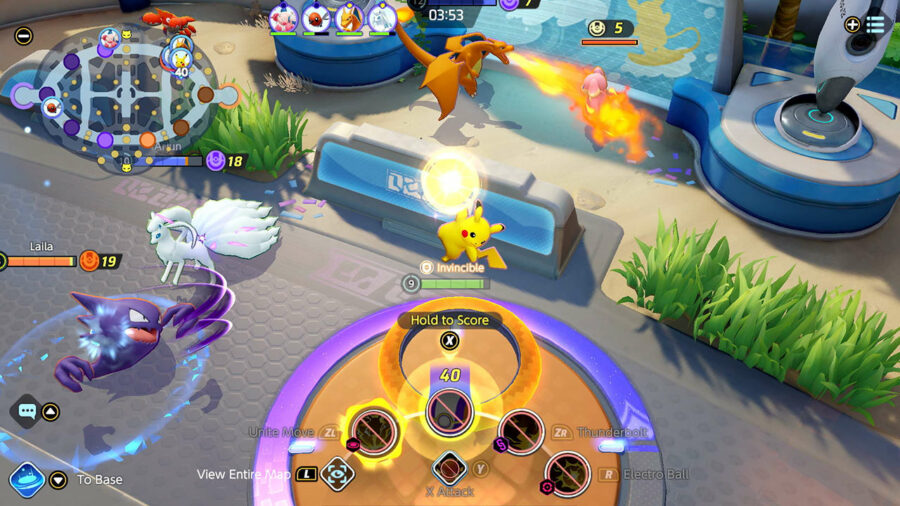 Pokémon Unite is shaping up to be a Multiplayer Online Battle Arena, or MOBA, titan. With tight controls, enjoyable gameplay, and a solid roster of Pokémon for players to select. There is plenty for fans, new and old, to enjoy. There may be over 20 Pokémon to play with, but some are exponentially better than others. Here are two Pokémon that are sure to trounce the competition.

Few Pokémon are as intimidating or as dominating in Pokémon Unite as Gengar. Gengar may be weaker when he's Ghastly and Haunter, but he becomes a force of nature on the battlefield once he evolves. Using Hex and Sludge Bomb together make this monster feel outright broken at times. He even has an instant cooldown for Hex when it connects with enemies. His Unite move even lets him become invisible and deal out crippling damage while slowing opponents. Pair this Pokémon with Wise Glasses, a Float Stone, and Sp. Atk. Specs to send this problematic Pokémon's starts further into the stratosphere.

Those looking for a Pokémon that decimates with physical attacks need to look no further than Zeraora. This Mythical Pokémon can eviscerate the competition by outpacing them with lightning-quick attacks like Spark that catapults this Pokémon towards enemies. With Discharge, Zeraora can electrocute anyone that crosses into his vicinity as well. These, coupled with the Unite move, Plasma Gale, make this Pokémon intolerable in the hands of any competent player.