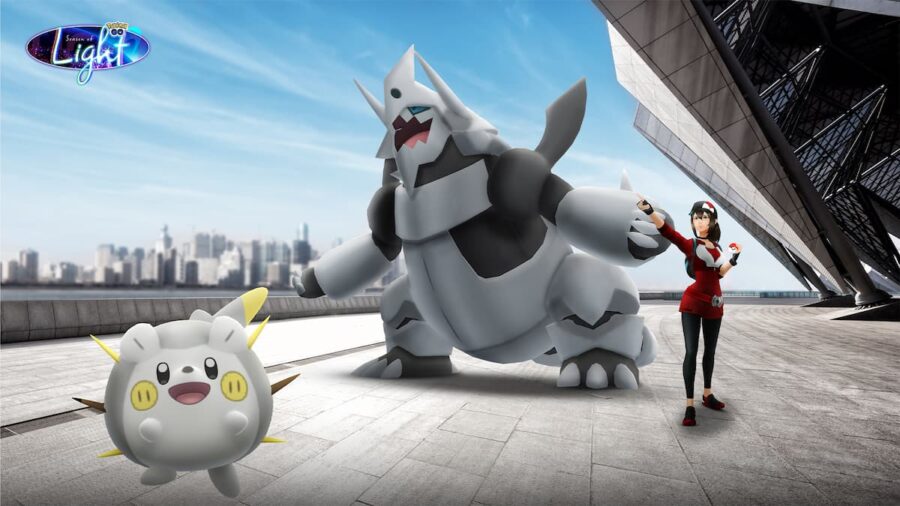 Niantic has announced a new event in Pokémon GO. The Test Your Mettle Event will run from Friday, September 16, 2022, at 10am to Wednesday, September 21, 2022, at 10am. This event will introduce a lot of new content for players to explore: a debut Pokémon, a new Mega Evolution, and two new Ultra Beasts to catch.

There are a few new Wild Encounters appearing during this Event for players to catch, along with Togedemaru, a debut Pokémon. The full list of Wild Encounters can be found below:

There are a few debut Pokémon featured in Raids during this event. The new Mega Evolution is Mega Aggron, which makes its debut alongside its shiny form in Mega Raids. Two new Ultra Beasts will also appear during the Test Your Mettle Event. Kartana, appearing in the Northern Hemisphere, and Celesteela, appearing in the Southern Hemisphere, can be battled after they emerge from their Ultra Wormholes.

There is a slight change to the Pokémon spawning in 7km Eggs during the Test Your Mettle Event. The full list of 7km Egg Hatches can be found below:

Some Research Tasks will result in Pokémon Encounters. The full list of Encounters that can come from the Tasks can be found below:

During the event, players can take advantage of some special Event Bonuses. The full list can be found below: