Toxel, a newly introduced Electric/Poison-type Pokémon, evolves into Toxtricity at level 30 – but the form it evolves into depends on Toxel’s Nature. This can be viewed from the Pokémon’s Summary screen, so it’s possible to work out in advance which form of Toxtricity you’ll end up with. Read on for more details on how to get both versions of this Pokémon! 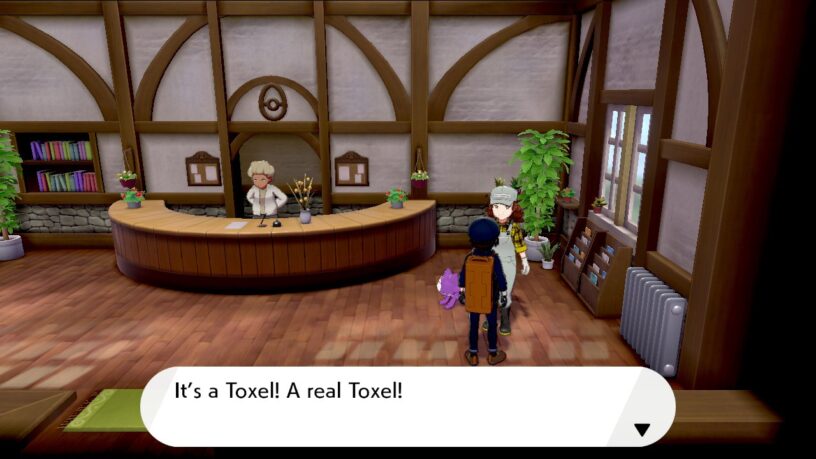 You can receive a free Toxel from a Pokémon Breeder inside the Nursery on Route 5, but this Toxel is only Level 1 and is still a long way from evolving. Higher-level Toxel are found walking around in the Wild Area or in the tall grass on Route 7. Toxel are more widespread in the Wild Area when there’s a thunderstorm, but can also be found in the Bridge Field while it's sunny or raining. Both the Toxel in the Wild Area and those found on Route 7 will most likely be above Level 30 when you find them, so they’re ready to evolve. 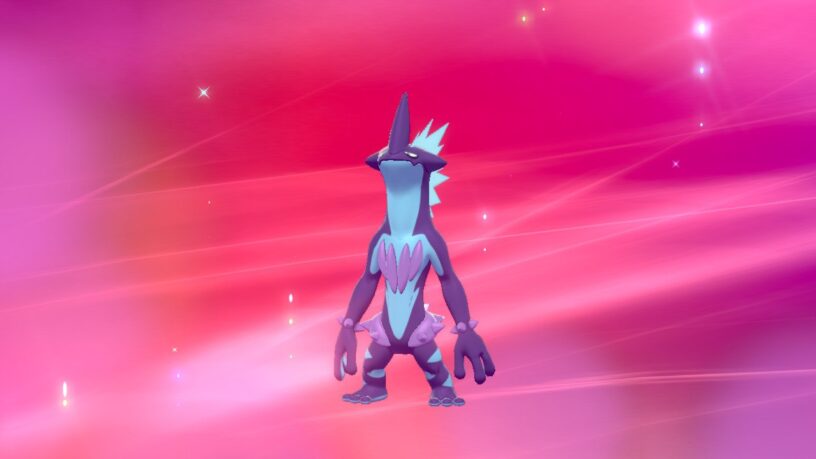 Here’s the complete list of which Natures lead to each form of Toxtricity:

There are a few ways to increase the chances of finding a Toxel with the Nature you’re looking for. If you’re breeding Toxel at the Nursery, give one of the parents an Everstone and it’ll pass down its Nature to any newly-hatched Toxel. If you’re looking for wild Toxel, place a Pokémon with the Synchronize Ability (such as Musharna, Xatu, Gardevoir, Beeheeyem or Indeedee) at the head of your team, and any wild Pokémon you find will be more likely to have the same Nature as that Pokémon. The Synchronize trick also appears to work on the Level 1 Toxel you’re given at the Nursery! 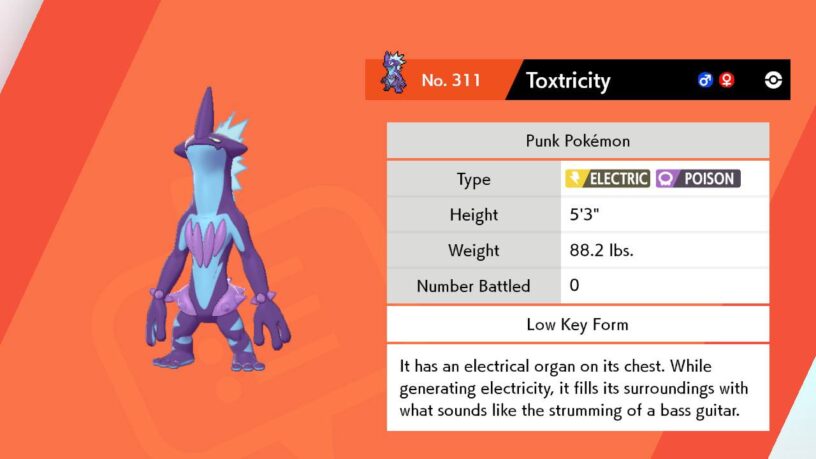