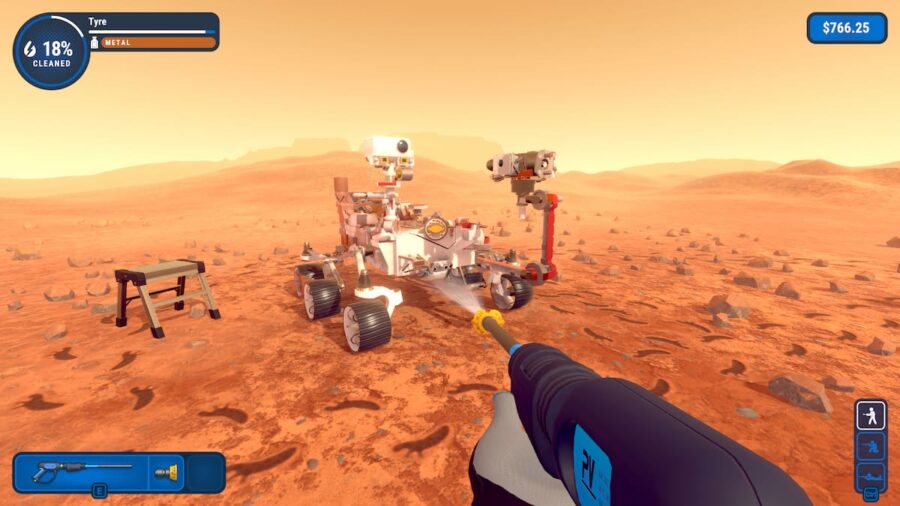 The Mystery Hatch isn't actually located on the Mars Rover itself. Instead, if one follows the little alien footprints, they'll find the Mystery Hatch a short distance away and marked by a green gnome. Blast that martian soil off of it and get your 100%.

Related: How to fix the Dirt Indicator in PowerWash Simulator

PowerWash Simulator is available on PC through Steam and is also included in the Xbox Game Pass. It's a unique title in the world of simulation games. Now, with the martian mystery solved, are you ready for the diabolical carousel?

Where is the Mystery Hatch in PowerWash Simulator?