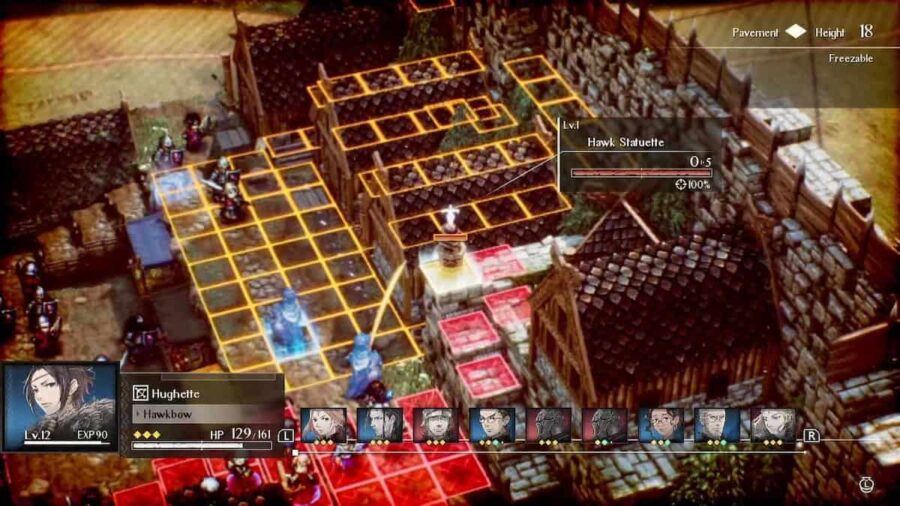 Since you chose to be the loyal friend until the end, the game will now force you into one of the most difficult battles in the game—General Avlora’s three-wave army. Before the battle, Benedict informs you that the town that surrounds Castle Wolffort has a secret: oils can be released into its canals, allowing you to burn sections of the town.

This will make the battle against Avlora easier, but is it possible to not to light anything on fire? It is possible, but it's difficult and you can only do it with the right people. In fact, you absolutely must not set anything on fire if you want to unlock the game's true ending.

How to beat Avlora's army

The best way to defeat Avlora is to play the waiting game and barrage her (and the rest of the Aesfrosti army) with arrows and spells from the top level. Never leave it for your protection and the height advantage. If you have Piccoletta the Acrobat, her Decoy skill can also be used to lure enemies on the second level together, allowing mages to deal damage to a group of enemy units.

If you've already recruited Jens the Artisan by this point, you can also build ladders to increase mobility for the team. But most importantly: Jens' Spring Trap skill can be used to set traps along the staircases. If an enemy unit steps on them, they get flung back. This buys you time and prevents enemies from climbing the steps all at once.

If Benedict already knows Now...! at this point (which moves a unit's turn immediately after his), he can be used to bump Jens up to continuously set traps. This setup is best used with Julio the Advisor's Moment of Truth skill, which can give an ally unit one TP.

Hughette can also learn Shadowstitching Arrow by this point, which can immobilize units for two turns if you're lucky. Use them on melee units to stall their advancement.

Can you beat Avlora’s army without burning the town in Triangle Strategy?