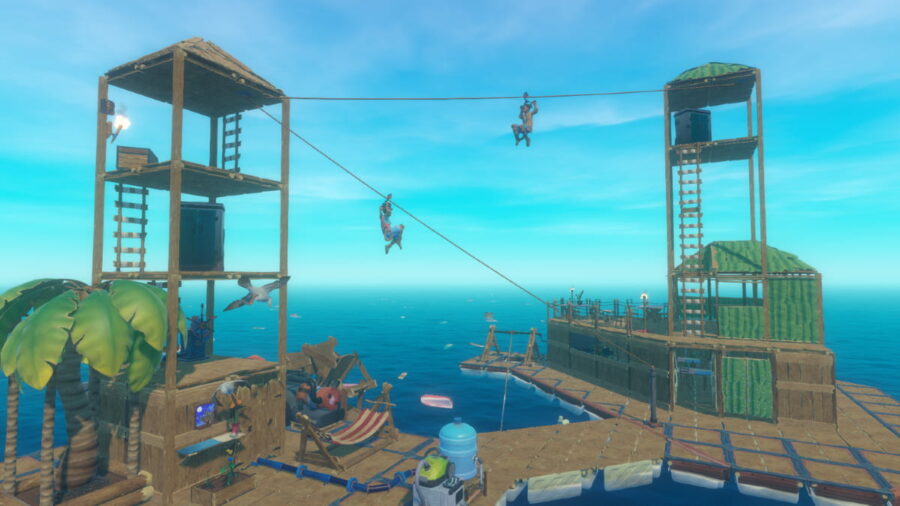 Quite a unique take on a survival game, Raft tasks players with making their way across the ocean on scrap and trash they harvest out of the ocean to repurpose into a floating raft. Over time the raft will become more and more stable, even allowing for upgrades like sonar and engines. However, specifically with the engines, placement can become a bit tricky due to their orientation.

Best Location for Engines in Raft

The side of the Raft

While engines will function perfectly fine when attached to any part of the raft, perhaps the best engine location to avoid confusion is the side of the raft. The main reason for this is to simplify engine direction. In Raft, the engines are big waterwheels, and as such push or pull in the direction the waterwheel is spinning towards. The engine comes with a lever that dictates whether the wheel will turn forward or backward, so if the engine is on the side of the raft, the orientation is in line with the front and back of the ship.

Related: Is there character and ship customization in Skull and Bones?

The front or back of the Ship

Since the orientation of the engine should be parallel with the front and back of the boat, regardless of where you put it, putting it on the back of the ship can become a bit confusing. If you install it correctly, with the waterwheel pulling forward and pushing backward, it will still work just fine. However, take care not to install it sideways, as this will cause it to push and pull sideways. The same goes for the front of the ship

While a position on the side of the raft is probably the most intuitive, as long as you install the engine correctly your raft will function correctly, and thus it really doesn't matter where the engine is as long as your raft moves forward and backward. Put the engine in the middle of the boat if you want. The beauty of Raft is that as long as things are oriented correctly, you can build your raft however you want.

For more sea-based gaming, check out What is Skull and Bones? Release date, Pirates, and more! or for more survival gaming, take a look at the Best Minecraft 1.19 Deep Dark Seeds for Bedrock and Java (July 2022) from Pro Game Guides!