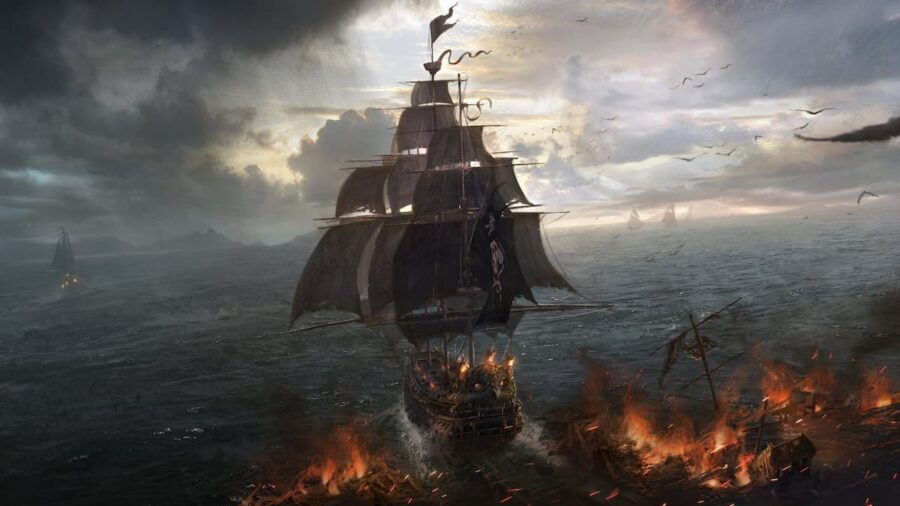 Skull and Bones was initially announced at 2017's E3 and is being developed and published by Ubisoft. After many years of silence, fans are finally getting some information regarding the upcoming pirate title.

Everything we know about Skull and Bones

Skull and Bones is a long-awaited sailing game from Ubisoft that feels reminiscent of Assassin's Creed Black Flag's naval combat. So, get ready to sail the seven seas and check out everything we know about Skull and Bones below.

What is the release date of Skull and Bones?

Skull and Bones is scheduled to release on November 8, 2022. For more information on the title and to stay updated, you can follow the official Skull and Bones and Ubisoft Twitter accounts.

What platforms will Skull and Bones be on?

Is Skull and Bones a pirate simulator?

You start off Skull and Bones as a survivor of a shipwreck but slowly build up your ship and, eventually, a fleet. As you sail, you become a feared pirate and, ultimately, a pirate king. Gain infamy and spread your name across the seas. But make sure to keep your crew happy, or you'll face a mutiny.

Gameplay features a dark and gritty take on the pirate life, especially in sailing. You'll have to focus on and master the art of sailing and naval warfare. Ships can be upgraded with various weapons and cosmetics. There are also several game modes to enjoy other than the main campaign.

Is there multiplayer in Skull and Bones?

There is multiplayer in Skull and Bones, but you can also play by yourself. You can work together with your friends to take on large fleets and difficult challenges, or you can join forces with your friends and join PvP servers.

Is Skull and Bones crossplay?

The answer is yes—Skull and Bones will be crossplay. This means you can play with your friends regardless of which platform you play on. It also means you likely won't have issues running into other players, as crossplay typically means lobbies and servers are generally filled.

In what time period does Skull and Bones take place?

Skull and Bones takes place in the Indian Ocean during the late 17th century. You can travel across the eastern coast of Africa and the East Indies. Each region will have its own ecosystem, with some being filled with plant and animal life, while other regions are completely deserted.

Skull and Bones received a new gameplay trailer during the July 7, 2022, Ubisoft Forward Livestream. You can view the trailer from the official Ubisoft YouTube channel.

For more information on gaming, check out When is the Sea of Thieves Community Day? and Does the Kraken in Sea of Thieves have a body? on Pro Game Guides.

What is Skull and Bones? Release date, Pirates, and more!