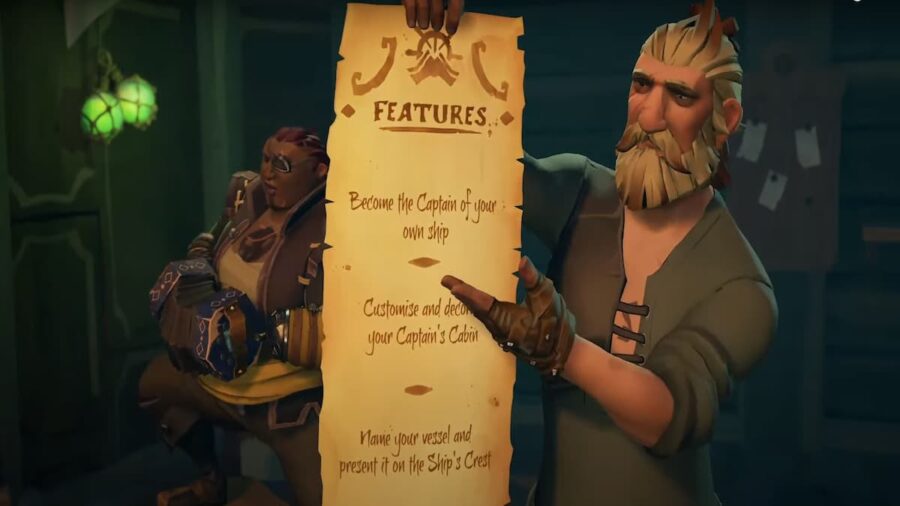 Sea of Thieves is one of the best open-world pirate games, full of adventure and buried treasure waiting to be discovered as you sail the open sea. The game is constantly updating and bringing in new quests and tales for players to embark on, and plenty more impressive features are on the way!

When does Sea of Thieves Season 7 Release?

In the Xbox & Bethesda Games Showcase 2022, developer Rare announced their seventh season is just over the horizon, set to release on July 21st, 2022!

What new Captain features are coming?

In the new season, you will finally be able to become the official Captain of your ship, and with that title, there are plenty of opportunities. You can customize your ship with saved load-outs, decorate your own Captain's quarters, and even give your ship a name! When you team up your friends as Captain and Crew, you can obtain special rewards and set sail on all-new and unique Captain voyages. They are also adding new Cash-In Points that will make selling your loot and treasure much more effortless.

Related: When is the Sea of Thieves Community Day?

A whole new season means plenty of fresh content to experience, and with these new Captain features, we can only imagine there will be deadly new enemies to encounter, tales to be told, and loot to dig up. You will be able to pave your own paths as a pirate Captain and decide whether you will rule the seas with menace or befriend fellow sea mates to journey with you.