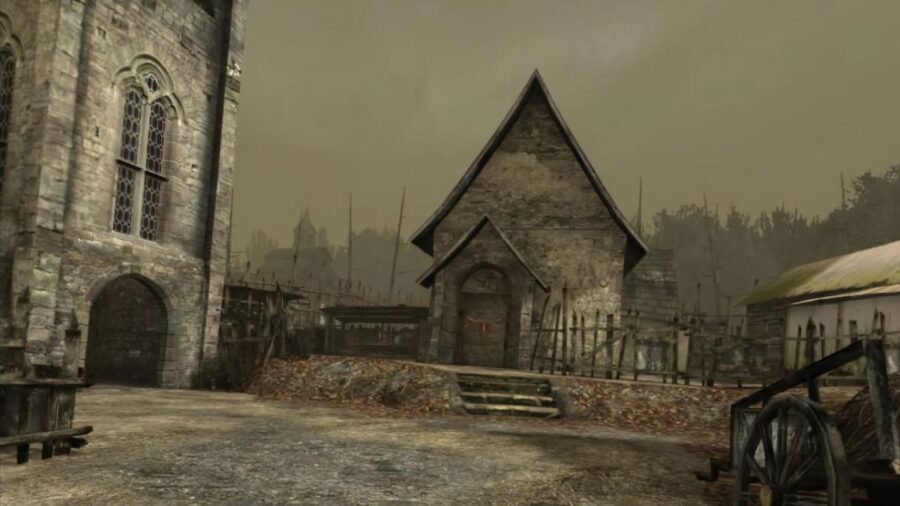 As you start and progress in Resident Evil 4 VR, you will eventually make your way to a small village filled with angry villagers. These villagers will quickly turn hostile and start to swarm you in large numbers, and you will need to hold out or perish.

All you need to do during this part of the game is hold out long enough until a church bell rings. When this happens, the villages will stop trying to murder you and head to do gods knows what inside a creepy little church building.

Because of this, you will need to run around and try not to get murdered until then. We recommend staying on the move and avoiding dead ends and trying to keep the hostile villagers from swarming you.

If some get too close, stand back and aim for the head. Depending on your difficulty setting, about three or four shots will be enough to take them down.

However, you should only resort to using your gun if you have a good distance between you and the villagers because you will not want to run out of ammo when they get too close.

That said, another route you can take to end the village encounter is to run inside a nearby building closest to the left side of the church.

When you run inside this building, the villagers will begin to swarm the building, and you will need to leave through a window.

Before you jump through the window, grab the shotgun hanging on the wall, and use it to kill grouped-up villagers. You can also use the shotgun to hold the small building this way.

But before standing your ground, make sure to barricade all of the entrances with nearby objects so you can hold out long enough for the church bells to ring.

For more on Resident Evil 4 VR, Pro Game Guides has you covered.

All Blue Medallion locations in the Farm | Resident Evil 4 VR

Can you play Resident 4 VR on PC?