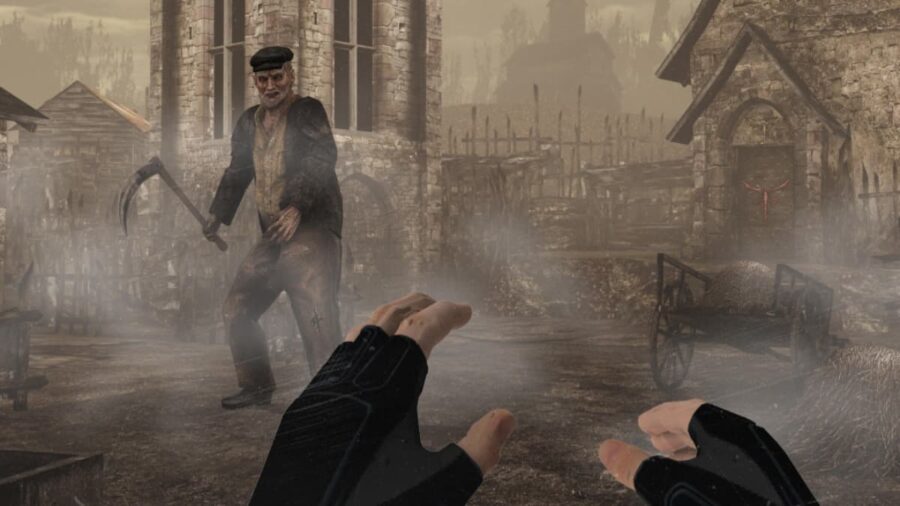 If you wonder if Resident Evil 4 includes the mercenary mode from that of the original game, the answer is sadly no. This was confirmed recently in a statement sent to IGN by a Facebook Spokesperson.

Update: As of April 20 2022 this information is no longer relevant or accurate. Resident Evil 4 will get a new Mercenary mode that was announced during the Meta Quest Gaming Showcase 2022.

The statement explained that the VR version of the game would not include Mercenaries and the other two modes that were unlockable in all previous versions of the game.

TThe other two game modes that were cut from the original game include Assignment Ada and Separate Ways. Both feature gameplay where you play as a different character called Ada, while Mercenaries was a mini-game where you earn points by killing waves of enemies.

Hopefully, these game modes will make it back as free updates or DLC later down the line, as they were beloved features of the original title. But once again, it is still unknown if this is a possibility in the future, and we will have to wait and see

For more on Virtual Reality, we recommend checking out both Best VR Fitness Games and Best VR Games (2021) on Pro Game Guides!