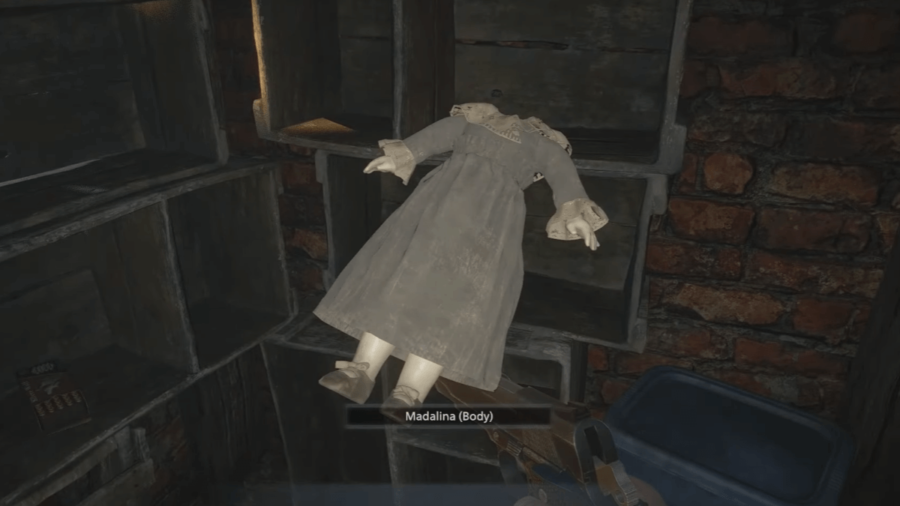 There are numerous treasure items in Resident Evil Village that the Duke will purchase for lots of lei. But if players pick up a Valuable/Combinable treasure item, they should hold onto the item until finding the second treasure. Players will make a quick buck selling separately, but the rewards are even greater when combined.

Where to get the Madalina Body

Players can get the Madalina Body treasure item in the shack that is located next to the violin house/Luthier's House. On the map look for the golden treasure chest that says Maestro's Collection Treasure. This particular treasure is located at the Luthier's House, so it's best to use this as a marker to find the corresponding shack. For a second map reference, also note that the shack is located just above the West Old Town label.

You'll know you've reached the correct spot if you discover a gate with a note that says "Locked due to missing home owner." Pass through this gate and head into the shack on the right. Explore the shack to find the Madalina Body on one of the wooden crates stacked against the wall.

Pick up the Well Wheel

While in this area, you might as well pick up the Well Wheel since you'll need it for the Madalina Head. Across from the gate with the "Locked due to missing home owner" notice, there is an Iron Insignia Key door. Open this door with the Iron Insignia Key. Once through, you should immediately see a house with a ladder. Don't climb the ladder. Instead, enter the house to find the Well Wheel on a wooden barrel.

Related: How to get and combine the Azure Eye in Resident Evil Village

Where to get the Madalina Head

You must also have defeated Angie and Donna in the Beneviento House. This is story-apecific content, so most players should expect to wait a handful of hours between obtaining the Madalina Body and the Madalina Head.

After you have completed the Beneviento House portion, you must find your way back to the Duke. You'll first travel through the Beneviento graveyard. Following the graveyard you will be swarmed by monsters. Defeat these monsters and pass through the gate that leads to a house with a Save Point inside. Outside the house is a Well. Use the Well Wheel on the Well to pick up the Madalina Head.

How to combine the Madalina Head and Body

Open your Inventory and scroll to your Treasure Items. Click on the Madalina Body (or Head) and choose Combine. A new menu will appear that will allow you to combine both items. Press OK to confirm.

With the now-combined Madalina Doll, go ahead and take it to the Duke who will pay a pretty penny for the item.