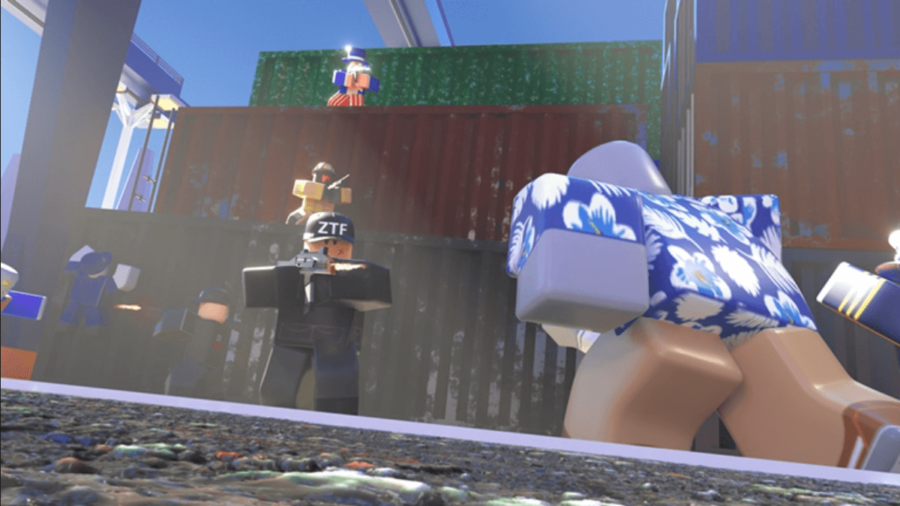 Sparks Kilowatt has left us some treasure in Zombie Task Force during Week 3 of Metaverse Champions. Find out how to get AJ Striker's Crate Drop (available April 28 to May 7) below.

How To Get AJ Striker's Crate Drop in Zombie Task Force

In Zombie Task Force, you are must complete missions of a campaign that centers on a zombie outbreak. To get AJ Striker's Crate Drop in this game, you need to complete the first two missions in the campaign on any difficulty.

There are several ways to get through this quest, but the easiest way is to join a mission that's already in the lobby. In the image above you'll see one mission you can select called East Bay Port. It is set to easy mode which, naturally, makes this quest much easier to complete.

The reason this is the easiest way is that you'll already have party teammates in the lobby when you join. To get through any of the missions, even on easy mode, you'll want to have teammates. However, if you want to start your own party or play the game yourself, you'll want to use the image and instructions below.

In each of the missions, you'll face waves of zombies. Each wave will have a specific task you need to complete, such as defending a gate, truck, or eliminating someone/something. Below, we've listed some tips that might help you.

How to get Nomer’s Head in Roblox Wacky Wizards?