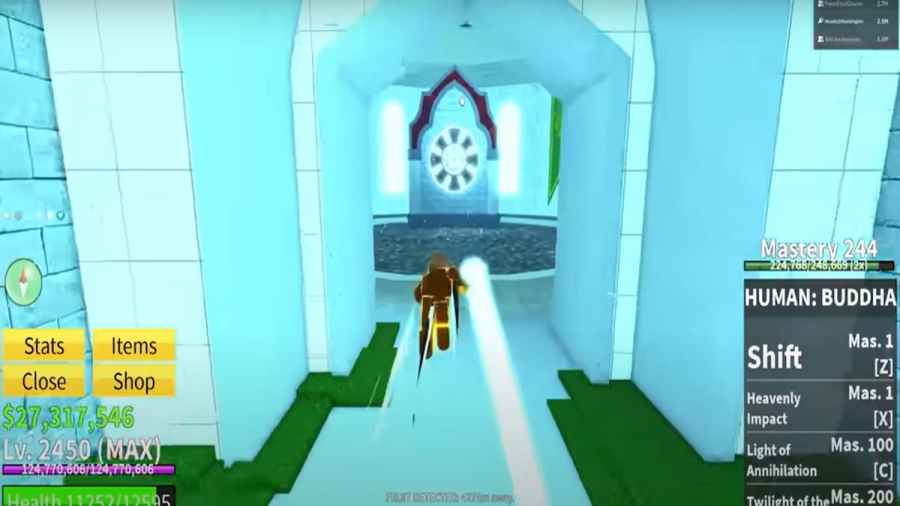 Getting to V4 in any race is a quick way to start steamrolling enemies in Blox Fruits. Surprisingly, Human is one of the best races to get to V4 as well. Despite being one of the earlier classes players typically get, V4 simply takes it to a new level. Getting it will take a bit of time, though.

Before starting this quest, Blox Fruits players are going to want to do a couple things beforehand. First of all, Human V2 and V3 are obviously required to get the fourth upgrade. Secondly, players should have defeated rip_indra for this to work. Players need three Haki colors as well as a God's Chalice to spawn rip_indra.

Related: Blox Fruits players are left shaken up after a server-wide hack overtook the experience

Once this happens, players can go back to the King Red Head tablet, where he will mention that powers work best "under the light of a full moon." As players wait for that full moon to continue the quest, though, it's a good idea to pick up a Mirror Fractal.

To obtain a Mirror Fractal, players will need to beat Cake King, which appropriately can be spawned with a Cake Chalice (a God's Chalice crafted with 10 conjured cocoa). Once the full moon arises, head to Mirage Island with the Mirror Fractal. Find the highest point of Mirage Island, use the Human ability, and stare at the moon for 15 seconds.

This spawns a light blue gear somewhere on the island. Once players grab this, they can head back to the Temple of Time. It's best to do this right away, because otherwise players will need to wait for the next full moon to spawn to try again.

At the Temple of Time, players will need at least two other players with different races to be there as well. Each player must stand at the door of their respective race and activate their race's ability. This will open the door to specific trials, which will be the trial of Strength for those using the Human ability.

The Trial of Strength is basically a boss mob. Players will have one minute to defeat the boss, after which they'll enter another room to battle against the other players who entered the Temple of Time. This may sound a little rough, but after this is won, players simply need to place the gear they found in the Ancient Clock and they will have awakened Human V4.

Want more Blox Fruits guides? Pro Game Guides has you covered with How to trade in Blox Fruits – Roblox.

How to get Human V4 in Blox Fruits – Roblox