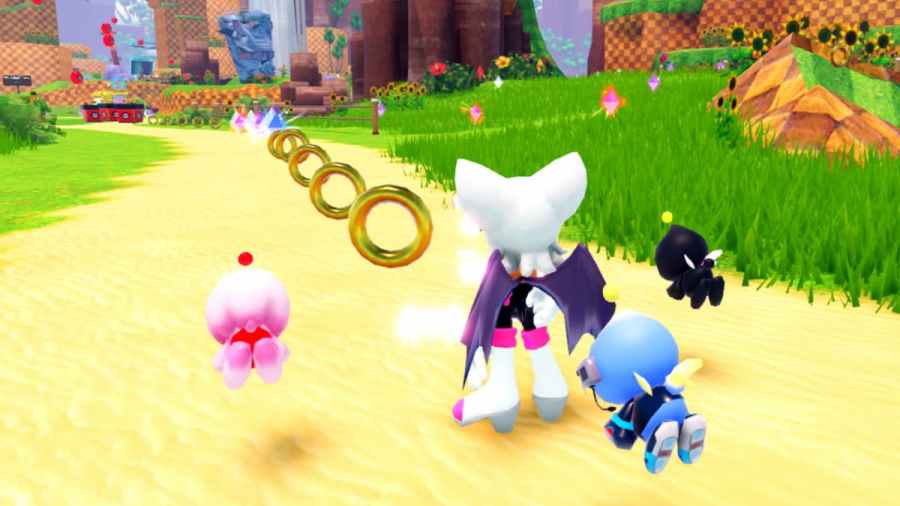 Sonic Speed Simulator is the officially licensed Sonic game on the Roblox platform. Along with playable characters like Sonic and his friends, players also get to collect familiar items like Rings and Gems. Collecting these items provides XP and valuable boosts to help you get faster and level up quicker. If you're looking to rack up your collection of rings, fret not—in this guide, we'll show you how to earn Rings fast in Sonic Speed Simulator.

How to earn Rings fast in Sonic Speed Simulator

Rings are items that players can collect as they dash about the various worlds and obbies in Sonic Speed Simulator. Rings can be found all over the map across the various worlds in the game, and players can collect a large chunk simply by running around in free-roam. The following are the best tips and tricks for earning Rings fast in Sonic Speed Simulator.

In Sonic Speed Simulator, players can earn boosts that amplify the amount of XP and Rings you collect. Apart from that, players can also benefit from the Magnet boost, which pulls in nearby collectibles toward the player. Utilizing these boosts while collecting Gems and Rings will grant you a huge amount of XP, so be sure to make the most of them. Boosts can be purchased from the in-game store, or earned for free by simply playing the game for a certain duration.

While Rings can be found in all maps, the best worlds to farm for Rings are Green Valley and Lost Valley. We suggest picking Green Valley if you are a newer player, as this world not only has tons of Rings, but also lots of Gems to help you gain XP quickly. Lost Valley is a good alternative if you have a Magnet boost equipped, or are a high level player with enough Rebirths.

Related: How to unlock Jet the Hawk in Sonic Speed Simulator – Roblox

Rebirths are crucial to progressing the game, as they not only allow you to gain higher levels of XP, but also grant you a big chunk of Rings as a reward. Rebirth also permanently increases your XP multiplier, allowing you to gain XP at an exponentially faster rate.

Chaos are companions you can equip to help you multiply the amount of XP and Rings you earn. Chaos can range between Special, Common, Uncommon, Epic, and Legendary. Each Chao will grant different multipliers, depending upon its rarity. Once you have five Chaos of the same type, you can Evolve your Chao to increase its multipliers.

Trails work similarly to Chaos by granting additional multipliers to Gems and Rings that you collect. They range between Special, Common, Uncommon, Epic, and Legendary. Depending upon the rarity, different Trails will grant varying boosts and multipliers. Once you have five Trails of the same type, you can Evolve your Trail to increase its multipliers.

How to get Rings fast in Sonic Speed Simulator – Roblox