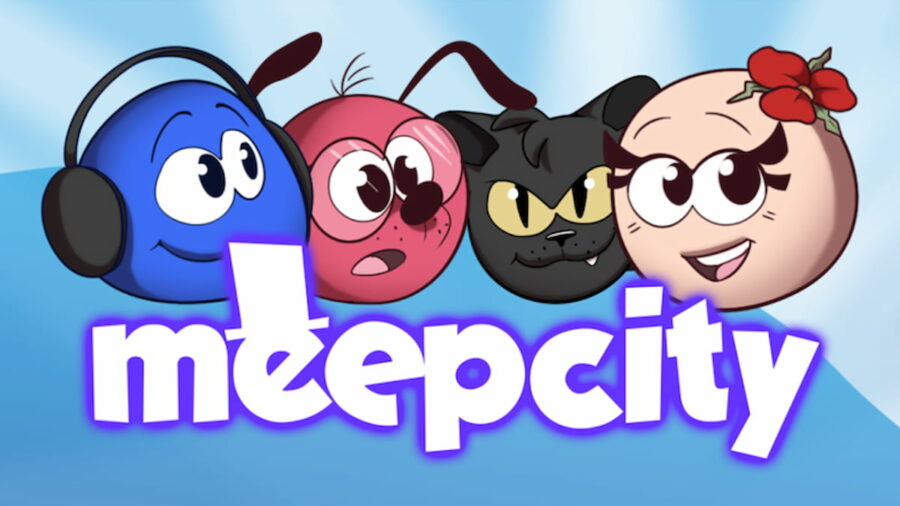 On Feb. 16, 2022, the popular RPG MeepCity was abruptly removed from the Roblox platform. With an average active-player count that hovers around 50,000 users, it wasn't long before players noticed the takedown, stirring up commotion as they theorized about what had happened to the seemingly innocent experience and wondering if it would ever return. After a few hours, however, the experience was quietly re-added to Roblox without an announcement, or explanation, of any kind. So what did happen to MeepCity?

While the short answer to this question can be attributed to hackers, the long answer is much deeper, as it explores and exposes some of the many NSFW player communities that build their homes inside of massive experiences like MeepCity.

As it can be seen in the tweet embedded below, popular YouTuber KreekCraft fell victim to a MeepCity hacker on Feb. 16, 2022, the same day that the experience was removed. This hacker, identified as the infamous Tubers93, was able to fully alter MeepCity's script to add out-of-experience items, change player avatars, adjust currency values, and more.

Related: Can You Redeem Codes In Roblox MeepCity?

The YouTube video embedded below, taken from user Excellentbesties4eva, continues to showcase the severity of these changes.

Not long after Tubers93's hacking raid, MeepCity was removed from Roblox to be updated by its developers. Upon its re-upload, however, many players noticed that an extremely popular feature was missing from the experience—parties.

Originally, parties in MeepCity served as a form of privacy within a public server. Players could create a party, invite their friends, and have their own space to hang out that no one else could join. As time went on and MeepCity continued to grow in popularity, however, users discovered that parties could also be made public—a setting that led to the true downfall of MeepCity.

Before parties were removed on Feb. 16, 2022, they were a breeding ground for NSFW content including recommendations for the best Roblox scented cons, or experiences that are intended for players looking to engage in various 18+ activities, discussions of drug use, and even acting out and partaking in sexual situations. Many tight-nit communities formed from these NSFW parties, creating an environment unfit for children, but beloved by the thousands of participating players.

While MeepCity isn't the only Roblox experience to contain NSFW content—at least one new scented con is typically added to the platform every hour—it's often criticized for being the only building-block experience, meaning one of the largest and most popular experiences on Roblox, to not have an instituted moderation policy that protects against it.

MeepCity creator @alexnewtron has been inactive on Twitter for over two years, inactive on YouTube for over three years, and rarely engages with MeepCity at all—leaving it the perfect, unmoderated ghost town for players to take advantage of. Though the NSFW side of these parties didn't begin garnering news attention until more recently, general parties have been a MeepCity feature since 2017 and have been experiencing corruption ever since.

Recently addressed in a BBC article, it's no secret that sexual content on Roblox is prohibited, however, with an audience and player base as massive as Roblox's, it's impossible for moderators to be everywhere at once and constantly keep track of, and successfully remove, all traces of inappropriate content from the platform.

This is why experiences such as MeepCity can house these NSFW communities for as long as they do—the players that exist within communities that are meant to troll, disregard, or purposefully break Roblox's Terms of Service will always be more creative and faster working than Roblox itself.

So while it's likely that the hacking incident from Tubers93 played a role in the takedown of MeepCity, it can also be assumed that the news coverage from various outlets criticizing MeepCity developers for failing to take action, and accusing them of encouraging an unsafe environment for minors, was a major factor as well.

As of Feb. 17, 2022, MeepCity has returned to normal and parties have been removed from the experience, likely to never be seen again.

Looking to stay up to date with all things Roblox? Be sure to check out the Roblox section of Pro Game Guides often for the newest guides, code lists, and news articles like this one!

Is Roblox MeepCity shutting down in 2022? | What really happened to MeepCity