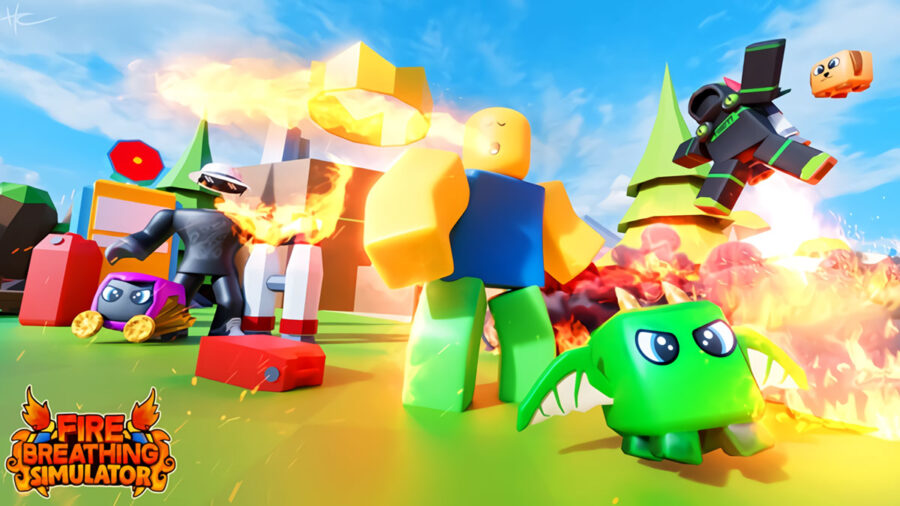 Our Roblox Fire Breathing Simulator Codes has the most up-to-date list of working OP codes that you can redeem for some free coins. Use these to get yourself some upgrades to your fires, fuels, and ranks as you head to the top of the fire breathing leaderboards!

Note: At this time of writing, there appears to be a glitch with the coin codes. Upon entering one of the coin codes below, you might get lucky and redeem MILLIONS of coins!

If you want to redeem codes in Fire Breathing Simulator, just look to the side of your screen for the codes button. Press on that and you will open up the code redemption menu. Copy one of the codes from our list, paste it into the text box, and then hit redeem to receive your reward!

Welcome to Fire Breathing Simulator!
Spitfire to get coins and unlock new pets!
Defeat other players and be the king of the hill!
Explore the islands with jetpacks!