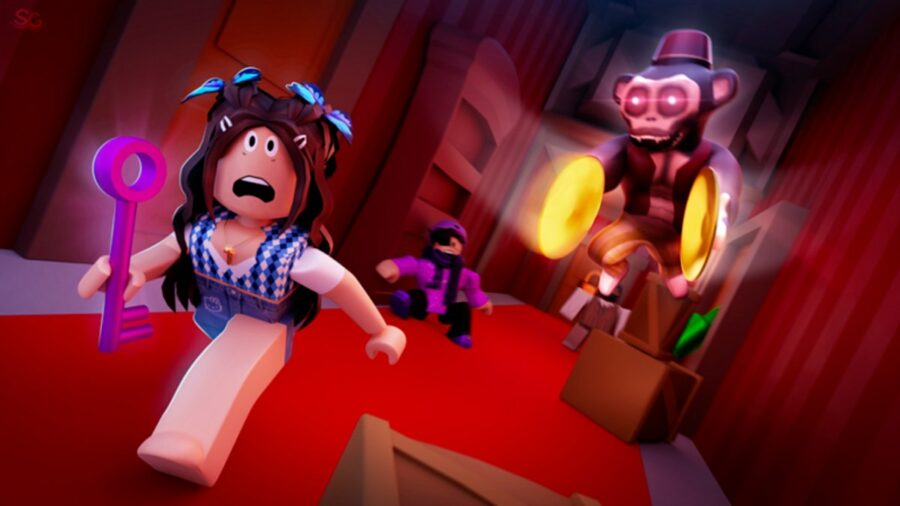 Monkey Kills is an exciting Roblox horror game where you must collect keys to unlock doors holding you inside a killer monkey's mansion. Soon after you start playing, you'll find that the most important resource in the game is Monkey Coins. You can use these coins to unlock special equipment that will give you an advantage in the game or add a little more flair to the way you play.

This is why codes for this game can be a huge help. With our codes list below, you can quickly get a stashes of coins so you can buy those special items in the shop. If you think the game is too hard, just use the coins to buy items that will turn you invisible, unlock doors, or even trap the nefarious monkey!

If you like Monkey Kills, you may like other similar survive-the-killer games on Roblox! Be sure to check out our codes pages for similar Roblox games to help you escape the clutches of a virtual death. We have the latest codes for games like Survive the Killer, Murder Mystery 2, Banana Eats, and Nanny [HORROR]!

Here's a look at all the working Monkey Kills codes.

How to Redeem Monkey Kills Codes

Redeeming codes for free rewards in Monkey Kills is easy.

How can you get more Monkey Kills codes?

Monkey Kills has gained a lot of momentum lately since the developer started putting more effort into updates. As games gain popularity, developers often take that as a reason to put additional effort into more content, which usually means more codes.

The most common cause of this problem is that you entered the code incorrectly. To avoid this mistake, it's best to copy and paste the code directly from our list above into the game. If this isn't possible, double check each letter and make sure the code you entered has proper capitalization and punctuation, since Roblox game codes are usually case sensitive.

What is Monkey Kills?

Monkey Kills is a survival horror game on Roblox that mimics many survival escape rooms you might play. The goal is to find hidden objects (Keys) that unlock doors placed around the map. However, the trick is that you must find the key that matches the color of the door you want to unlock. This game has plenty of jumpscares for those of you that like to get your heart pumping!