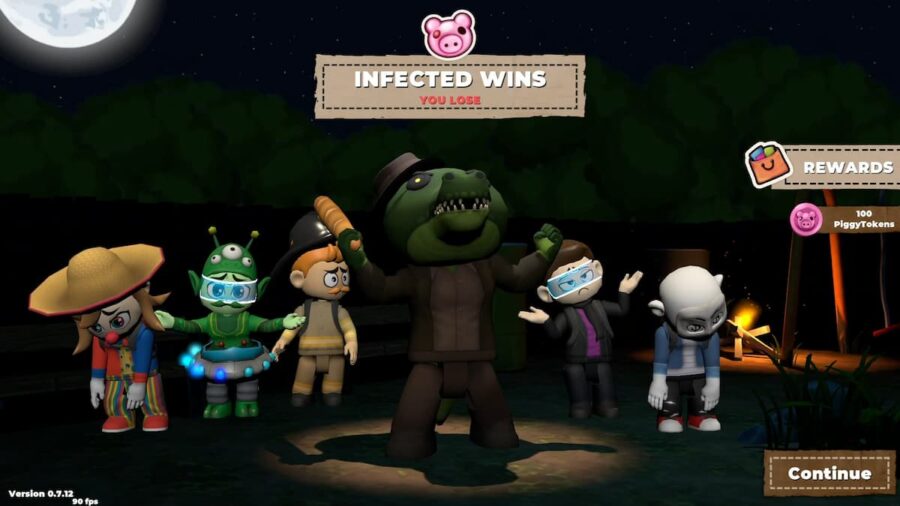 MiniToon, the creator behind the survival horror game Roblox Piggy, has partnered with PhatMojo to release a new Piggy experience. Piggy: Hunt will release this Fall on the Steam store and later on mobile devices, the first Piggy video game to launch outside of Roblox.

Piggy: Hunt is a top-down multiplayer game that pits Survivors against the Infected. The Survivors must work together completing tasks as fast as possible in order to escape from the Infected. Meanwhile, the Infected uses traps and sheer wits to eliminate every Survivor, one by one.

Similar to the Piggy games on the Roblox platform, there will be multiple maps to choose from, each with different tasks and mechanics. In addition to familiar Piggy characters, players can customize their own avatars, weapons, and items. Groups of up to six players can enjoy the fast-paced fun, with even larger groups available in custom matches.

Planned to launch on Steam first, players can enjoy Piggy: Hunt in early access this September. After the PC launch, Piggy: Hunt will release on mobile devices. Although the Steam/PC version is expected to cost money, MiniToon confirmed in a Twitter thread that the mobile versions will be free-to-play.

MiniToon also announced that DLC codes will be available to unlock free rewards in Piggy: Hunt. Similar to Roblox games, these codes will most likely reward players with cosmetic skins for their key characters, weapons, and items.

MiniToon is the creator of the Piggy franchise, which first launched in Jan. 2020 and has since created two chapters worth of multiple levels, and an open-world survival spinoff, Piggy: Intercity. With over 9 billion visits and 50,000 concurrent players, MiniToon swept the Bloxy Awards 2021, taking home Game of the Year, Creator of the Year, and the prestigious Builderman Award of Excellence.

Although MiniToon announced Piggy: Hunt, it appears he will be focusing on the game's story while still working hard on the core Roblox Piggy game. Much of Piggy: Hunt's development will be overseen by toy brand PhatMojo and developer Shaggy Doge.

Roblox Piggy is releasing on Steam as Piggy: Hunt