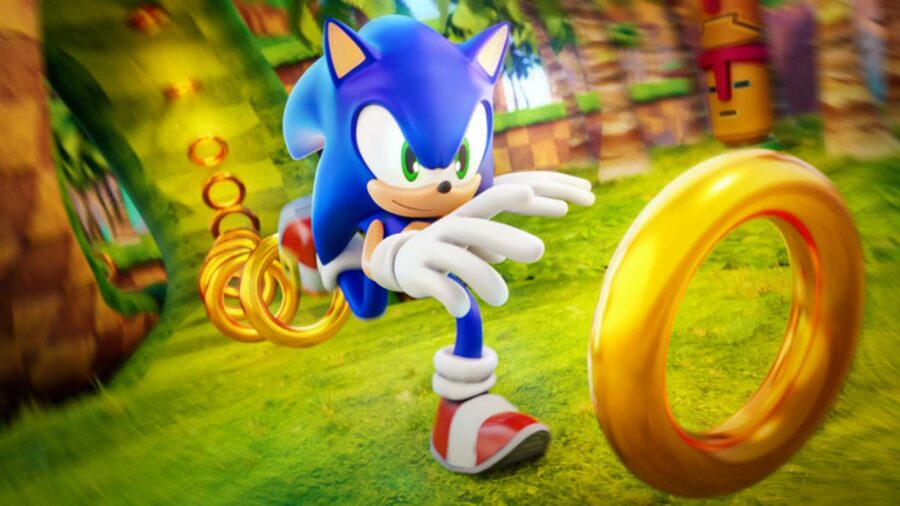 The Blur Blur speeds onto Roblox in this addicting simulator experience! Roblox Sonic Speed Simulator Codes is the official collaboration between SEGA and Roblox that features Sonic and his pals. But, you won't go fast at the start of the game. Like any simulator, you have to work for your speed and the grind is long.

Input the boost codes and Sonic Riders Skin codes exactly as it is listed, or it might not work correctly! Note: If the code is for in-game currency, some amounts may be slightly off if the game has active multipliers.

Here's a look at all the working Sonic Speed Simulator codes.

Redeeming codes for free Sonic Speed Simulator boosts is a simple process. To do so, follow the instructions below.

How to get Sonic in Roblox Sonic Speed Simulator?

If you're just starting Sonic Speed Simulator, we bet your first question is: how do I get Sonic? To get Sonic, you have to pick up a floating Sonic card that is situated on a rail. Follow these steps:

And that's all there is to it. We achieved this around level 22, so you might have to collect shards and coins until you reach a similar level. Once you've collected the Sonic card, you can permanently play as Sonic in Sonic Speed Simulator. Just click the Character menu option and select Sonic.

Another reason your codes may not work is due to inputting the codes with improper capitalization or misspelling. Codes are case-sensitive, so they must be copied and pasted exactly as written on our Sonic Speed Simulator codes list.

What is Sonic Speed Simulator?

Roblox Sonic Speed Simulator is a collaboration between SEGA and Roblox to create a unique Sonic simulator experience. Launched alongside the Hollywood film Sonic the Hedgehog 2, players start off as their Roblox avatar running around Green Hill Zone. Your speed is incredibly slow at first. But with diligence and collecting coins, you'll increase your speed as you earn more EXP. Players can also participate in unique obbies and collect skins to play as their favorite characters like Sonic, Tails, and Knucles. If that's not enough, you can set out on an adventure and clear familiar zones like Lost Valley and Emerald Hill to save Amy Rose from Eggman!