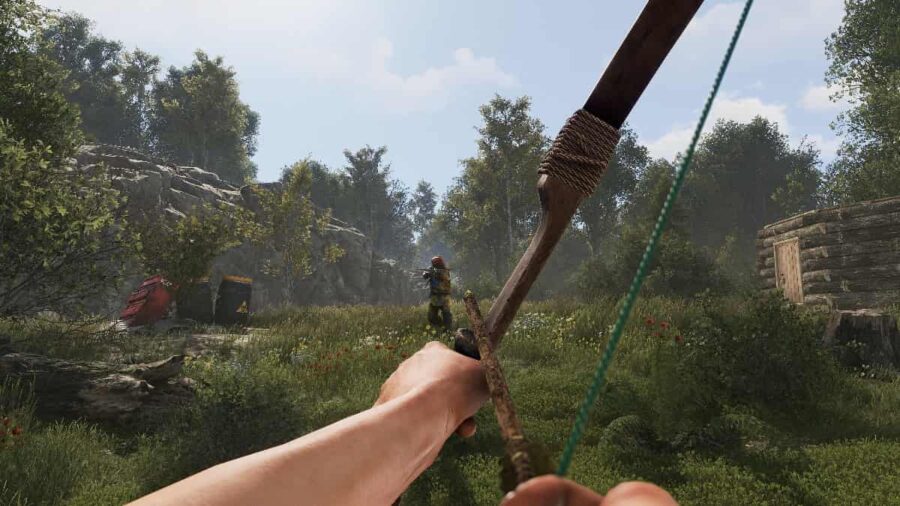 If you are wondering if it is still possible to code raid in Rust, the answer is yes, but limited. In short, the developers added a function to Code Locks on doors that will prevent users from code raiding efficiently. Basically, if users reach a total of eight failed attempts at unlocking a Code Lock, they will get locked out.

Once players reach eight failed attempts, the code lock will prevent players from inputting codes for 15 minutes. After 15 minutes, players can input codes into the code lock again, but it will take much longer to code raid. Consoles don't have the 15-minute lockout, so code raiding is much easier there.

How to Code Raid in Rust

To code raid in Rust, you need to find a base and place many sleeping bags near it. You will need the sleeping bags to spawn repeatedly, as the process for code raiding will kill your character. We recommend grabbing a ton of cloth from hemp to make a few sleeping bags. Once you get the sleeping bags, search for a decent base and place the bags nearby. After you pick your target, we recommend opening the code generator tool on your phone or browser and getting to work inputting codes. You can use the code generator tool to generate a list of codes during code raids.

However, keep in mind that code raiding takes hours to do, so only do code raids if you have a lot of free time. If you are still determined, you can code raid with a list of codes by inputting the codes into the doors until you eventually get the correct code. But again, Code Raiding is time-consuming and rarely yields positive results, so we recommend using other ways to raid over it.

For more on Rust, we at Pro Game Guides recommend checking out the following guides: When do Rust Servers wipe? Forced Wipe Schedule for Rust and Is Rust Down? Here’s how to check Rust server status.

Can you still Code Raid in Rust?