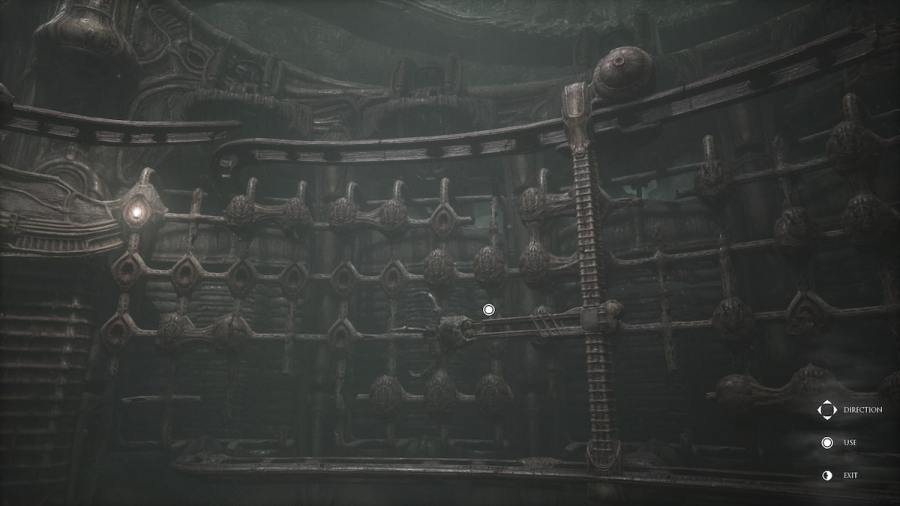 Scorn is full of puzzles, and the very first one of the game may not be everyone's strong suit. Players have to get the lit up pod to a particular spot to activate a device that extracts it. This puzzle has to be done twice to move forward because the first pod is a dud and gives nothing but free up space on the board. This is how to solve the sliding puzzle in Act I of Scorn.

What is the Sliding Puzzle solution in Act I of Scorn

When first interacting with the crane in Scorn's first puzzle, players can see a lit space along the wall. This puzzle is the first step in getting two of the game's 12 achievements. The goal is to get the lit pods into the space and then interact with the center console to extract them. Players must acquire the device on their arm to activate it near the beginning of the level. The lone single pod is empty but must be extracted to remove it from the wall. If the player has already moved some pieces, here are general tips for figuring out how to move them to the correct spot:

For the first pod, players should move single pods into the spaces to the right while keeping the four-piece pod pushed into the corner on the right. The second lit pod can move down, while the two-piece horizontal pieces can go to the right. This will leave a gap for the single pod to get through and be extracted.

For the second pod, players must navigate the two-piece vertical pod to the left, lit space. This can be done by moving the single pods to the right. The horizontal pieces can be tricky to navigate between, but moving them in a circle will leave them with enough of a gap to be pushed into the bottom of the wall. This can be done by:

Once players have moved the pieces to the right, they will have enough space for the vertical piece to get to the lit space. After it is extracted, players can head back to the main area they came from for the next step.

How to solve the sliding puzzle in Act I of Scorn