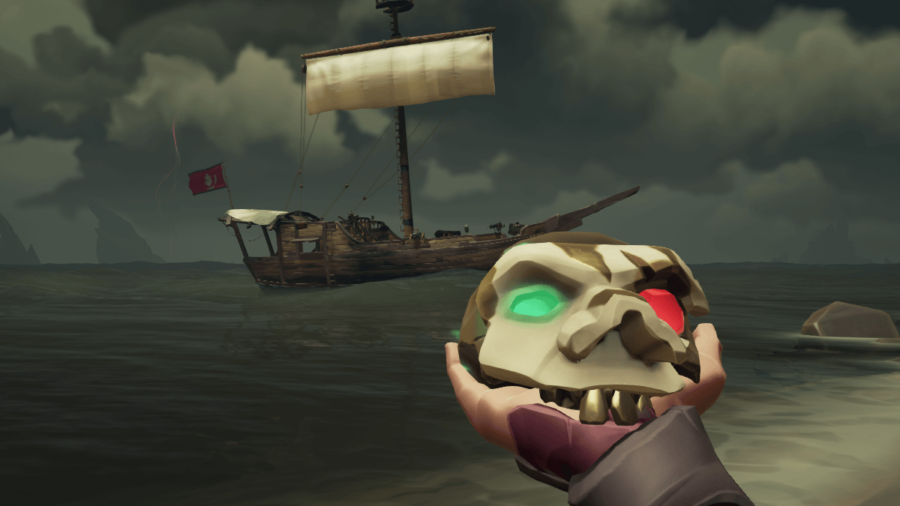 Sea of Thieves introduced Tall Tales as a means for players to quench their thirst for a story-driven adventure. Not only that, but it also gave us additional lore and inspiration to release our inner pirate. There is a total of 10 Tall Tales that are part of the main questline, and today we're focusing on the second one — The Cursed Rogue!

Since this Tall Tale has several sections and checkpoints, we've followed a similar pattern for our guides. We will guide you through each major event on the island. Listed below are the different sections of the guide. If you have reached a specific part of the Tall Tale, simply follow one of the links  in the list below for the part in which you need help! If you're just starting this adventure or need help finding the Skeleton Key, go ahead and skip ahead to Step One: Starting the Quest.

THE CURSED ROGUE JOURNAL LOCATIONS: Since the Journals are optional, we did not include them in the main guide. If you wish to obtain them, follow the link above for the Hidden Journal Locations. You are only able to do these while The Cursed Rogue Tall Tale is active!

The Cursed Rogue is one of the shortest and most straightforward Tall Tales. However, like the other ones, there is no absolute certainty about where your Quest Book will tell you to go. The game encourages you to make multiple playthroughs by offering several different Commendations, one of which requires that you complete the quest five times! If you do decide to do it more than once, you'll find that every iteration of this Tall Tale is different, and the Skeleton Key can be on any one of several different locations.

Step One: Starting the Adventure 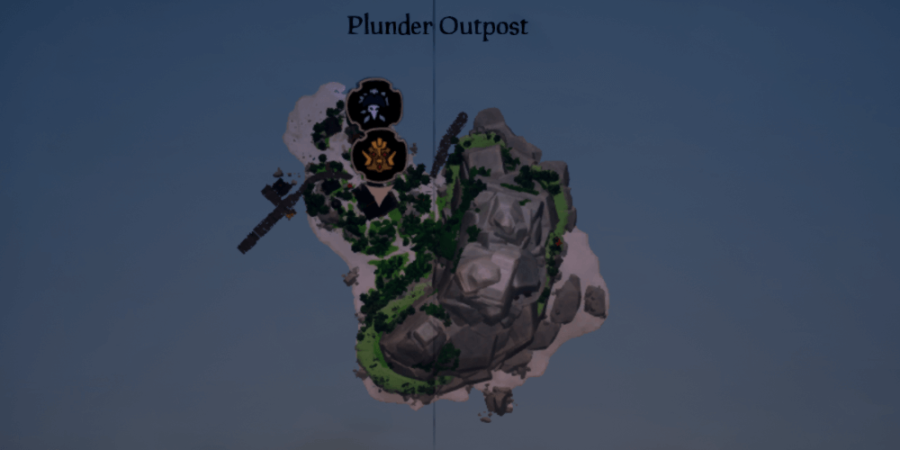 Since it doesn't take a lot of effort, we decided to include this in the part of the guide that explains where to get the Skeleton Key. If you already have the Key, then skip ahead to Step Two: Locating the Key. If you aren't sure where you need to go to start this Tall Tale, then continue reading!

You do not obtain the Quest Book for The Cursed Rogue from the Mysterious Stranger as you did for The Shroudbreaker. This Tall Tale is sponsored by none other than Order of Souls, one of the trading companies. To begin the quest, you first must head to Plunder Outpost to speak to Madam Olivia. If you aren't sure where the Order of Souls tent is, you can see its location on the island in the image above. 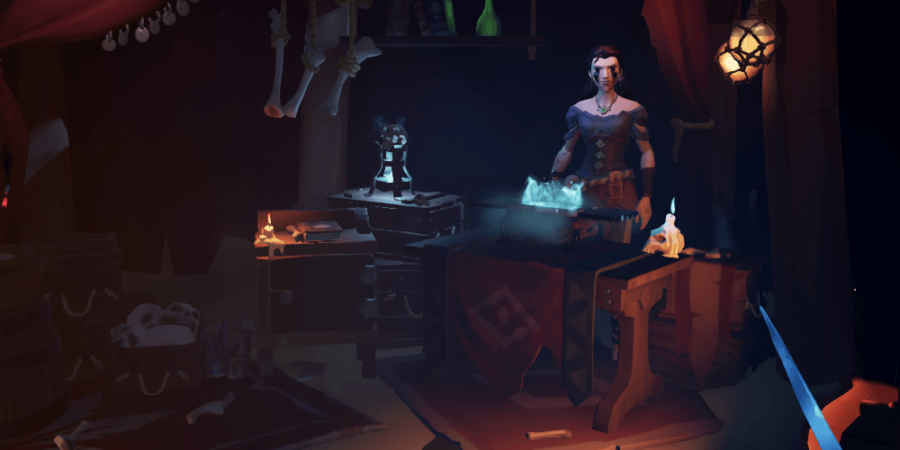 Once you are at the tent, you will find the Quest Book next to Madam Olivia, shown in the image above. Walk up to the book and interact with it to begin the quest. Olivia will speak to you with an ominous message about tapping into the souls and memories of the dead. Spooky.

Now that you've started the quest, the book will be added to your Quest Inventory. The adventure has officially begun and has tasked you with two things: Finding the Skeleton Key and finding the Skeleton Chest. Let's find the Key first!

Unlike The Shroudbreaker Tall Tale (which always starts you off going to N13 Island), The Cursed Rogue immediately randomizes your first two destinations. Luckily, there is a limited amount of islands that it chooses from, so your first location won't be challenging to find. The trick to knowing where to go lies in the Quest Book's pages, as it leaves subtle hints with images and text. 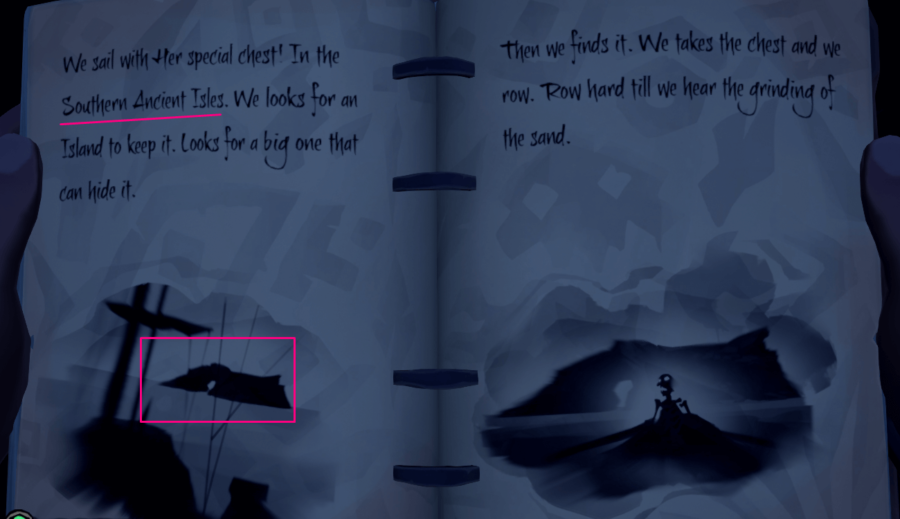 Usually, the first thing you want to pay attention to is the general area mentioned in the text. As you can see, this one suggested we look to the Southeast Ancient Isles, which dramatically narrows our search. After that, it provides us overview image of the island. The image above shows us where to find the Skeleton Chest (covered in our Next Guide), but the Skeleton Key follows similar directions.

However, not all of the options are as straightforward as this one, and sometimes the image is less obvious. For this reason, we have provided the list below. To determine where you need to go, match the images in your book to the correct images below. 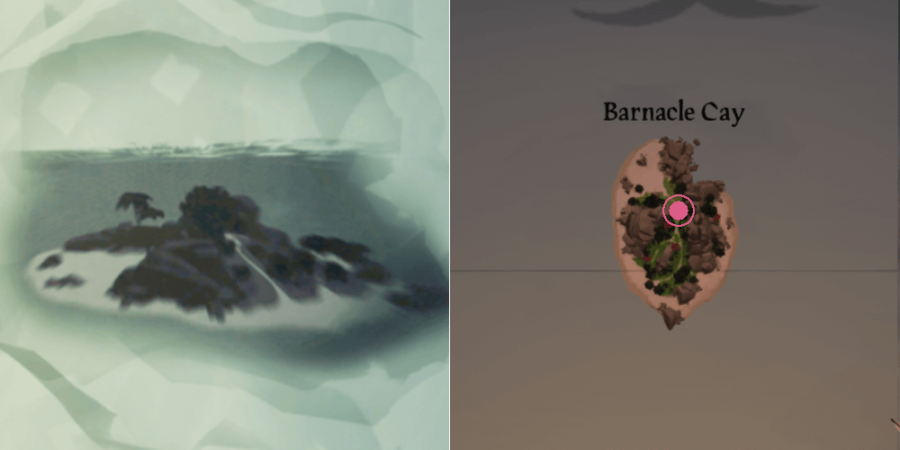 Locating the Skeleton Captain holding the Key on Barnacle Cay is easy, so consider yourself lucky if you end up coming to this island to find it. You will find the group of skeletons at the top of the island, right in the center. 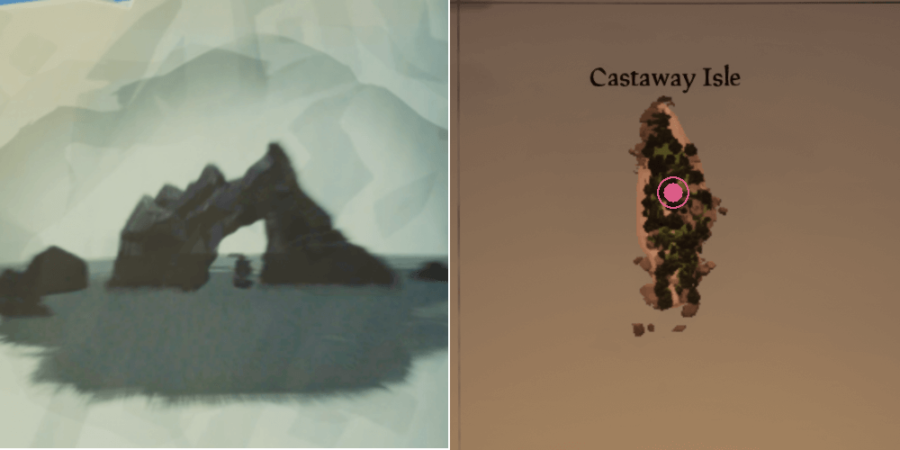 Like Barnacle Cay, Castaway Isle is a small island, so the Skeleton Captain is easy to find. There are many bushes on this island, but if you walk through them to the center, you'll find the group of skeletons you need to kill. 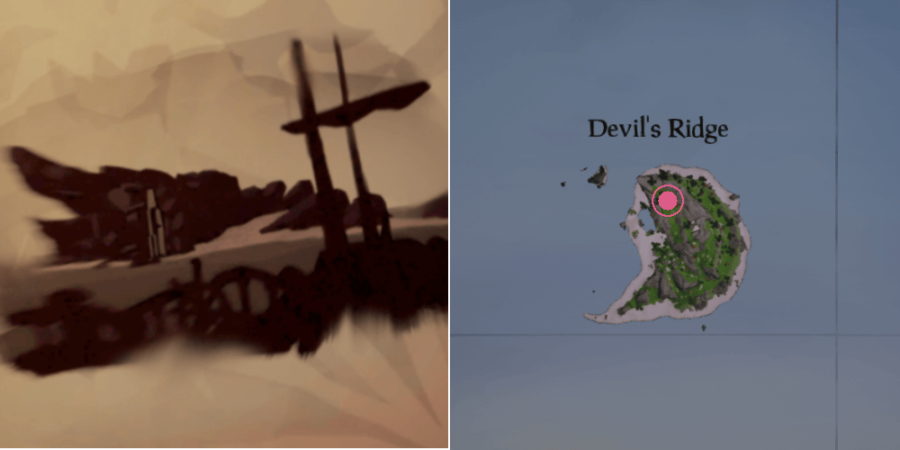 The peak on Devil's ridge is where you'll need to go to fight the Skeleton Captain and obtain the Key. There is only one path up this massive rock, which starts near the center of the island. You'll find the group of skeletons guarding the Key about halfway up the peak. 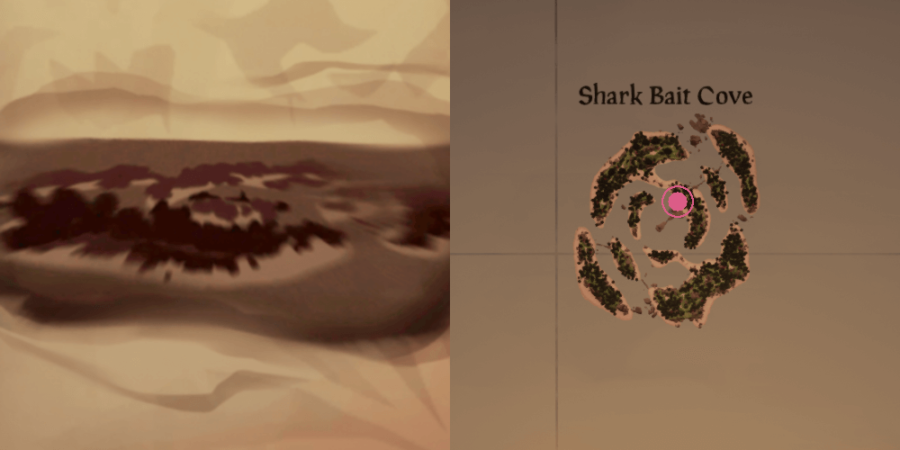 Shark Bait Cove is one of the most confusing islands to find things on because there is a lot of natural growth and several small islets. You may want to keep your compass out to make sure you're on the correct part of the island. You'll find the skeleton group guarding the Key in the innermost islet of the Northeast section. 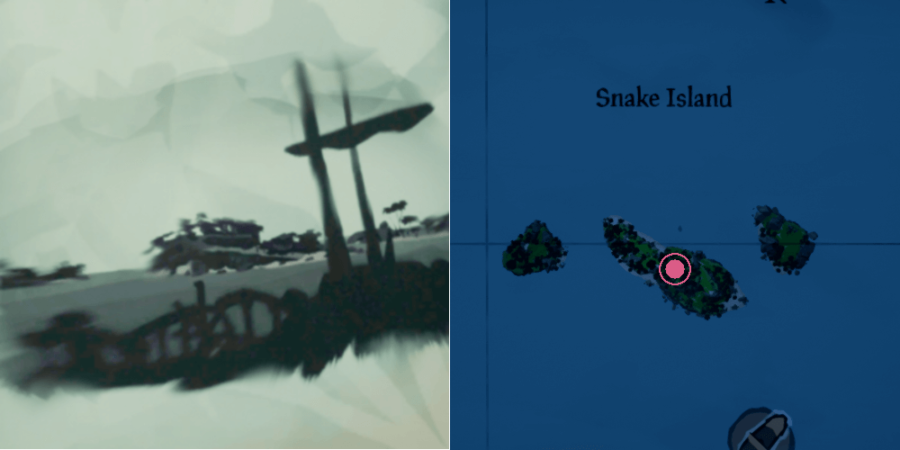 Snake Island is a bit of a nuisance because true to its name, it has many snakes that you need to watch out to avoid. You'll be heading to the middle level of the middle island. Keep an eye out for snakes when you start fighting the group of skeletons guarding the Key! 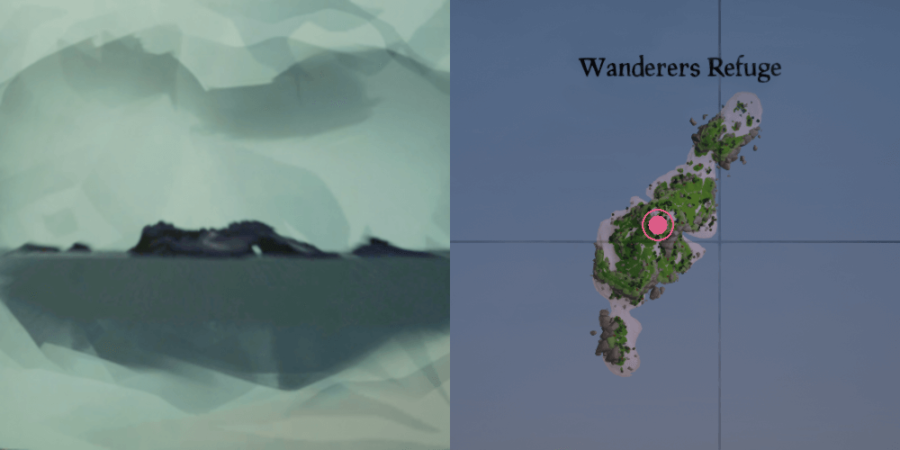 Like most of the other islands, you will find the skeleton group and the Captain guarding the key in the middle of the island near its peak. Wanderer's refuge is not tricky to navigate and doesn't have many obstacles blocking your path. You may even see the skeletons before you jump off your ship!

Need help figuring out the fishing mechanics in Sea of Thieves? Check our guide for how to Catch and Sell Fish!