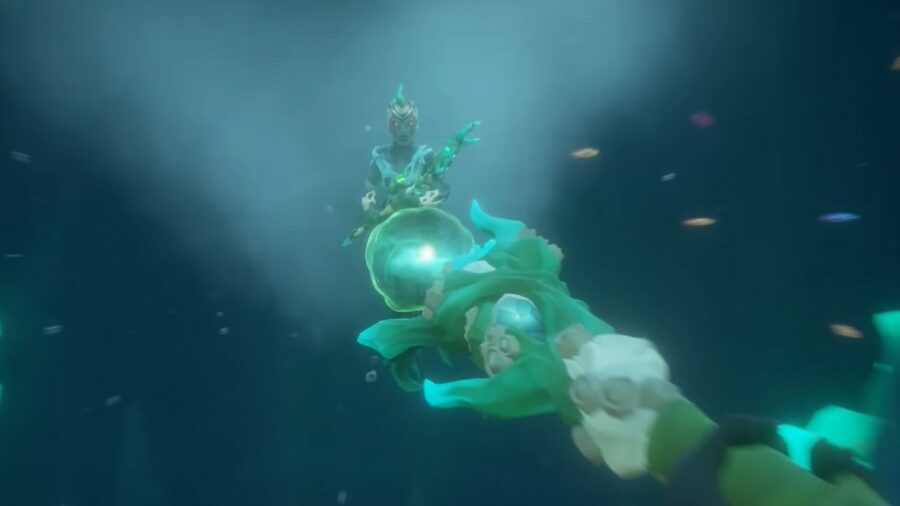 With the latest update to Sea of Thieves, titled A Pirate's Life, we were introduced to many new features in the game that we've never seen before. One of these features was a new type of weapon called the Trident of Dark Tides. This is a ranged weapon you can use to shoot bubbles that inflict damage and cause knockback.

Most players first use a Trident of Dark Tides while playing through the Tall Tales released with the most recent update. However, it is also possible to get the trident in Adventure Mode. The list below explains all the different ways that you can get one of these rare weapons.

Those are all the currently known ways to find a Trident of Dark Tides! It's important to note that the options mentioned above aren't guaranteed to produce a Trident; it's simply possible for a trident to result from the conditions mentioned.

We are providing complete coverage for all things related to Sea of Thieves! For more great content, guides, and news, check out our Sea of Thieves Homepage.