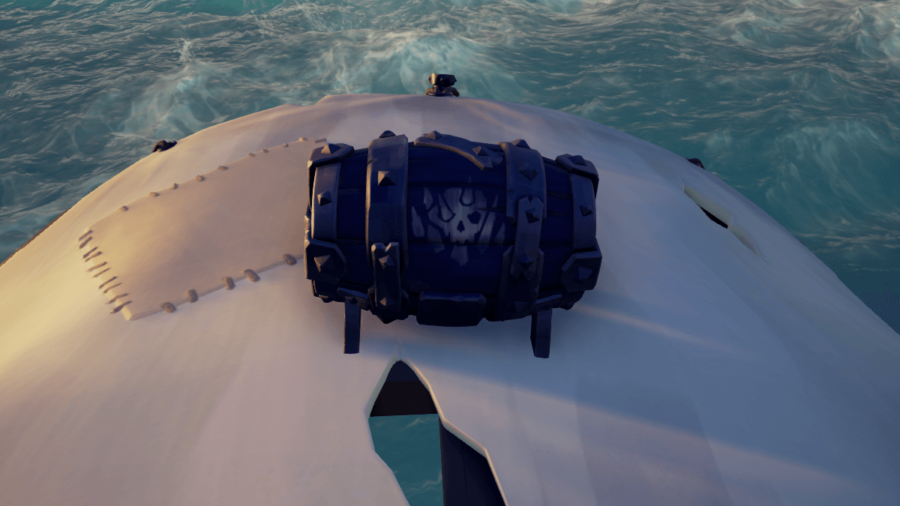 In the previous section of this guide, we covered How to Find the Rum Bottle Spyglass. This section will continue into the next part of the Tall Tale and explain how to use the Rum Bottle Spyglass to locate the additional notes and the Gunpowder Key. Further down, we will also provide the exact locations of each key and links to videos that show you exactly how to reach each platform.

Before we begin, to do this part of the adventure, you will first need to obtain the Rum Bottle Spyglass. If you haven't done that, you can find the link to that guide section listed below. Alternatively, if you have already found the Trapmaker's Gunpowder Key, you can use the list below to skip to other sections of the guide.

If you're still reading, that means that you are certain you're looking for the Trapmaker's Gunpowder Key. If you were hoping to solve the riddles yourself and simply look for guidance on using the Rum Bottle Spyglass, continue reading into Step One - Option One below. If, instead, you were looking for the exact locations and a guide to each possible riddle, you can find those below in Step One - Option Two.

Step One - Option One: How to Solve the Riddles on Your Own

So, you've obtained the Spyglass and aren't exactly sure what to do with it. The first and most important thing to note is which island the new notes tell you to go. This will be one of two options: Plunder Valley or Discovery Ridge. This Tall Thankfully, this Tall Tale doesn't require as much sailing as the other ones, but that doesn't mean it's any easier! Head to the island mentioned in the notes, and be ready for a new type of riddle.

In case you haven't noticed, the Rum Bottle Spyglass is unique in that, upon looking through it, it shows the shape of a skull and an X through its lens. This X is a crucial factor, as it will tell you where to dig when you're looking at the correct spot. Finding the correct spot is the trickiest part, but none-too-clever for the tricky Trapmaker.

To find where you're supposed to look, you'll first need to be looking for the Trapmaker Spots littered throughout Discovery Ridge and Plunder Valley. These Trapmaker Spots are white paintings on boards or rocks formed like a skull with three points above it. So now, the question is: how do you find those points?

Well, that's where the bad news comes in. If you were hoping to do this without spoilers, you have to do a lot of exploring and figure out where the spots are based on the map provided in the Quest Book pages. However, listed below are  helpful tips to keep in mind when searching for these Trapmaker Spots.

When you match the eyes with the landmarks, the X on the skull will show you where to dig. You will need to do this three times. The first two times you do it, you'll uncover Trapmaker Notes, and the last time you do it, you'll dig up the Trapmaker's Gunpowder Key!

This all might seem simple, but with the variety of Trapmaker Spots and the vagueness of the riddles, you might end up getting confused! If you can't find exactly where to look, continue reading Option Two below for the precise locations and video guides.

To make this easy, we have separated these by island and by riddle in alphabetical order. The videos provided show you exactly how to get to each island, or you can follow the images and basic descriptions for each spot.

Ancient people praise the sea, in ships they used a fabled key 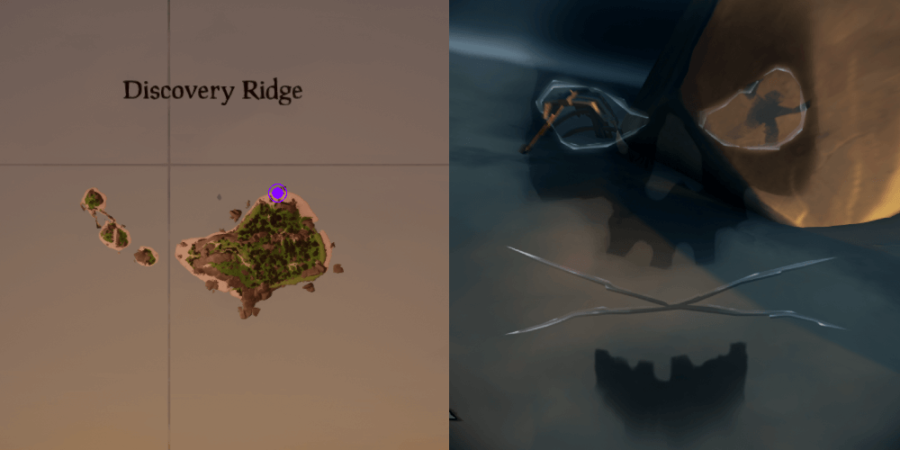 Deck and helm where once I stood, by stone now turned to drifting wood 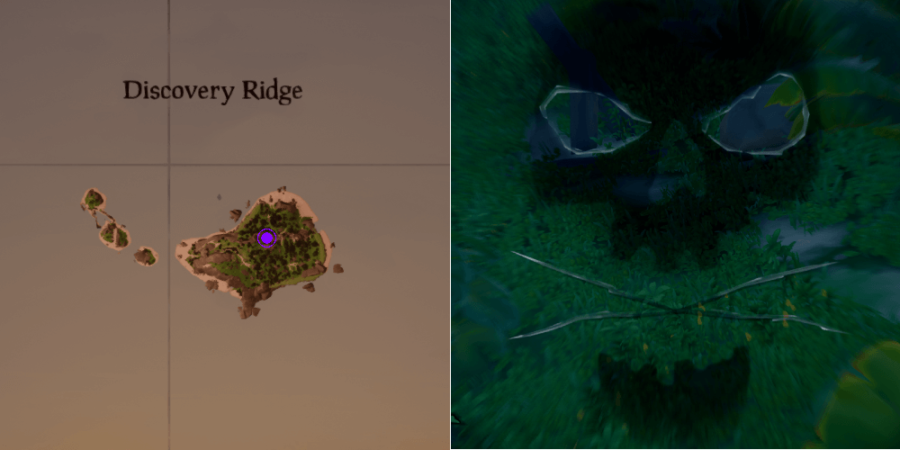 Plundered supplies help my plight, friends of the sea fill my sight 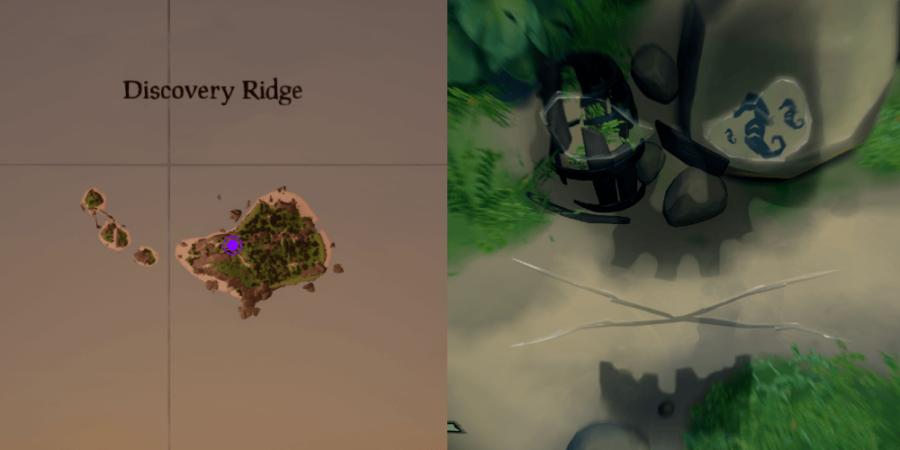 Salvage and supplies steel my nerve, for gold and greed I have to serve 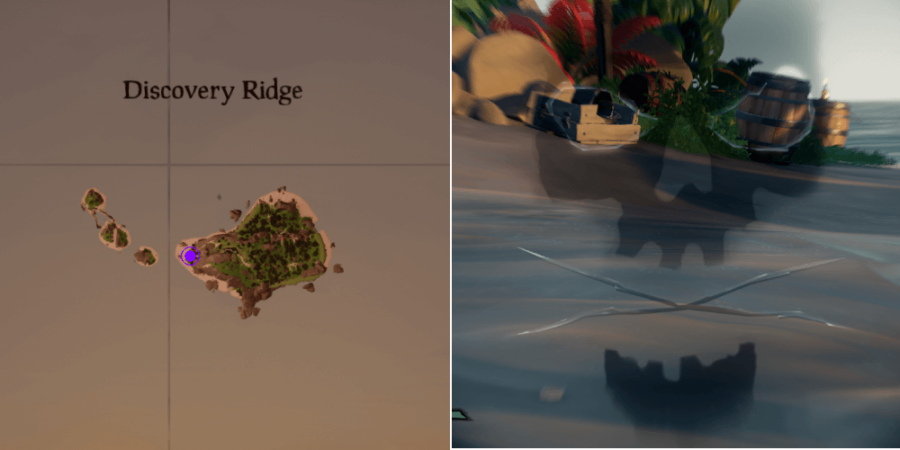 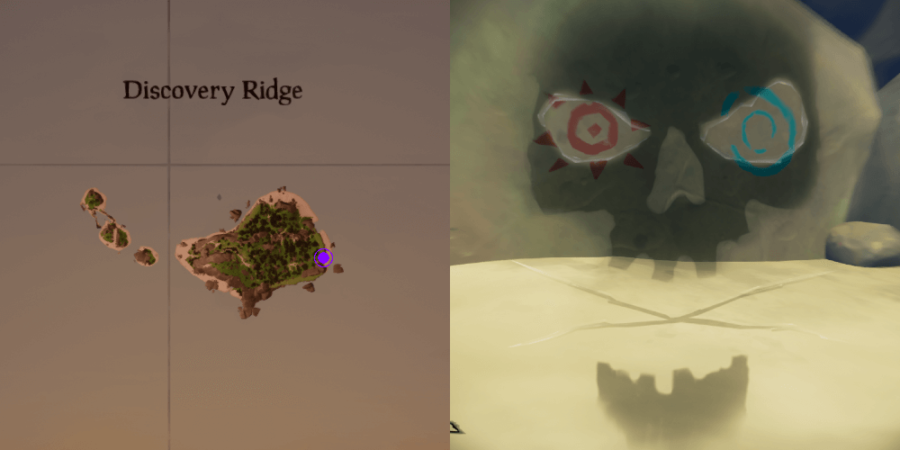 Through island waters I rowed in awe, spited by a fearsome jaw 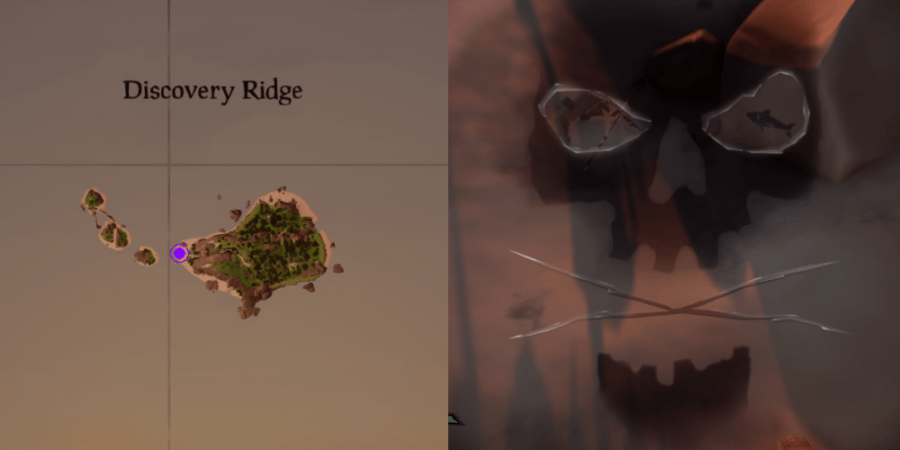 Through leafy palms I stumble and tread, through rum and greed I lost my head 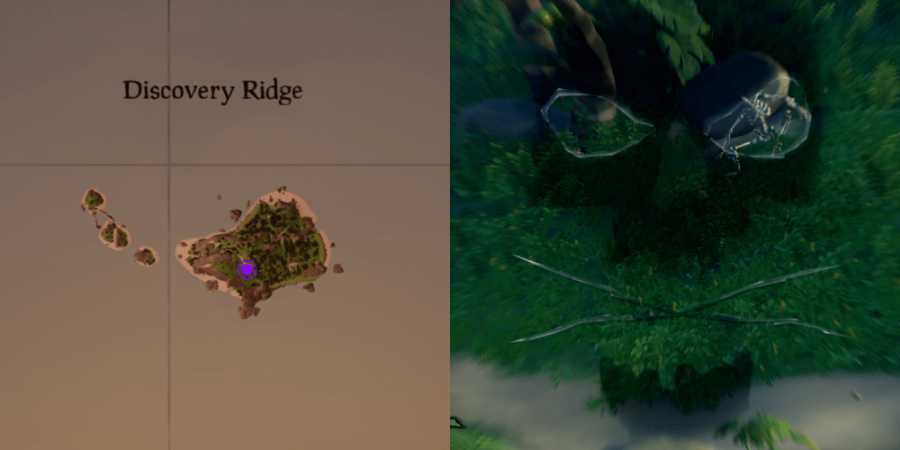 Caged and trapped I may be bound, near ancient urn within the ground 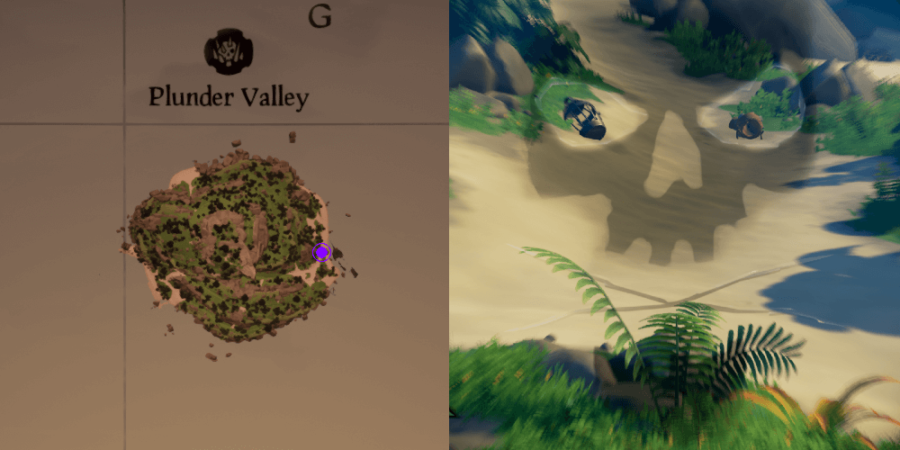 Caged inside a kind of brig, near broken urn a place to dig 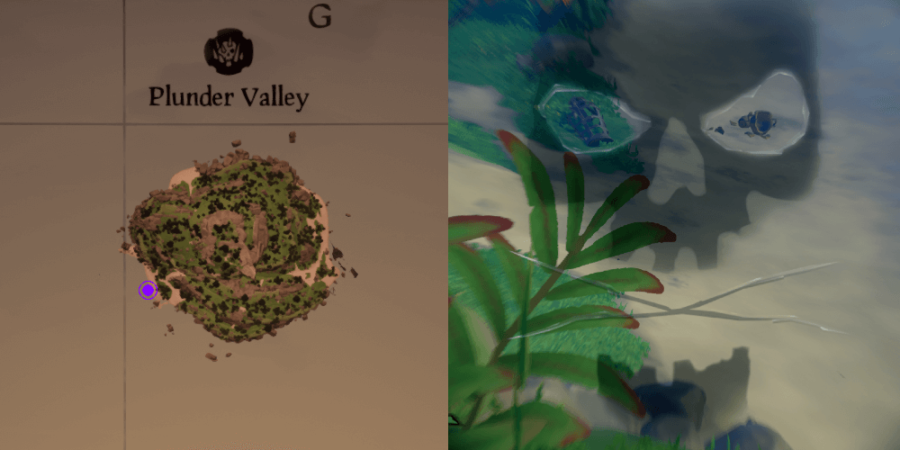 Crossed the seas now lost for days, I feel a red piercing gaze 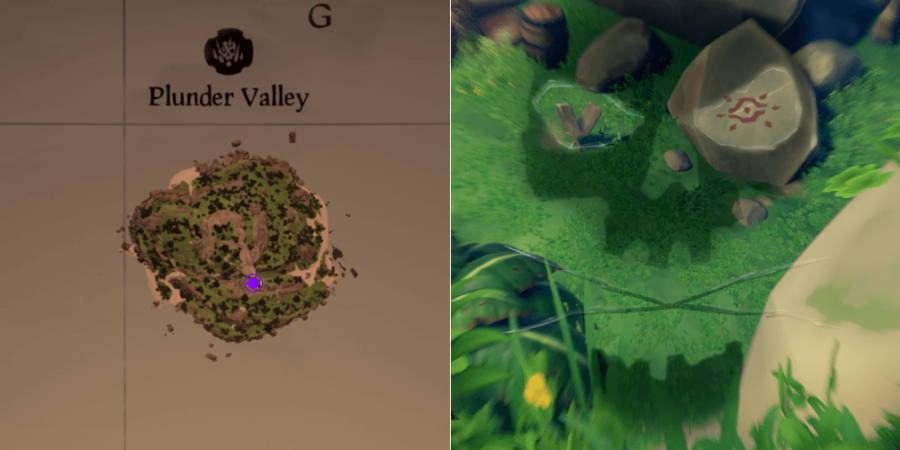 Dark creatures now awake, an ancient call for all our sake 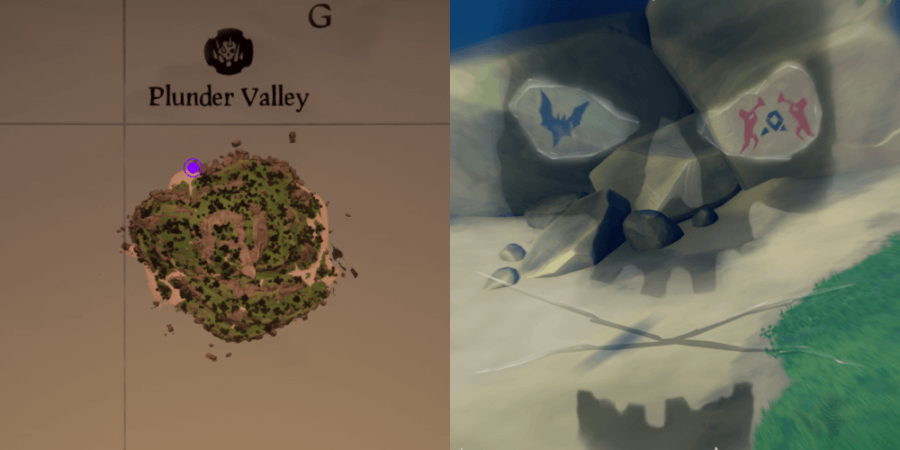 For forgotten people long we scour, in search of an ancient glowing power 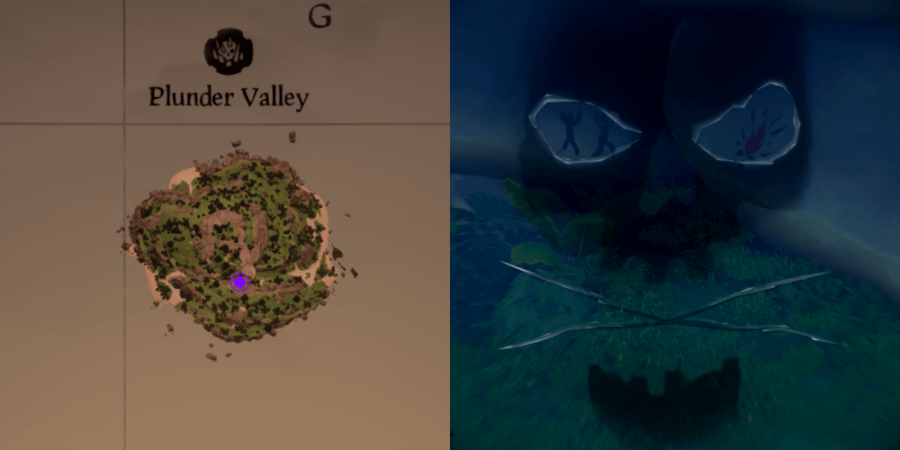 Once soaring through the sky with pride, now crawling in the earth to hide 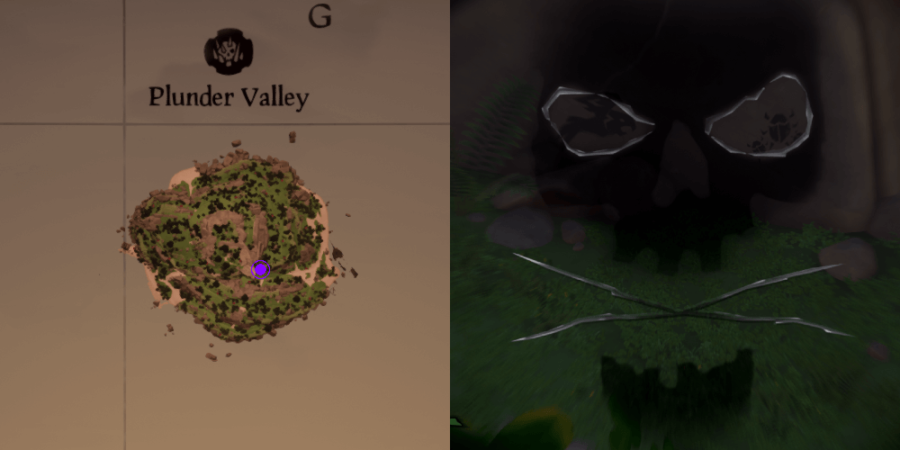 Rum and gold drown my grief, ferried for an accused thief 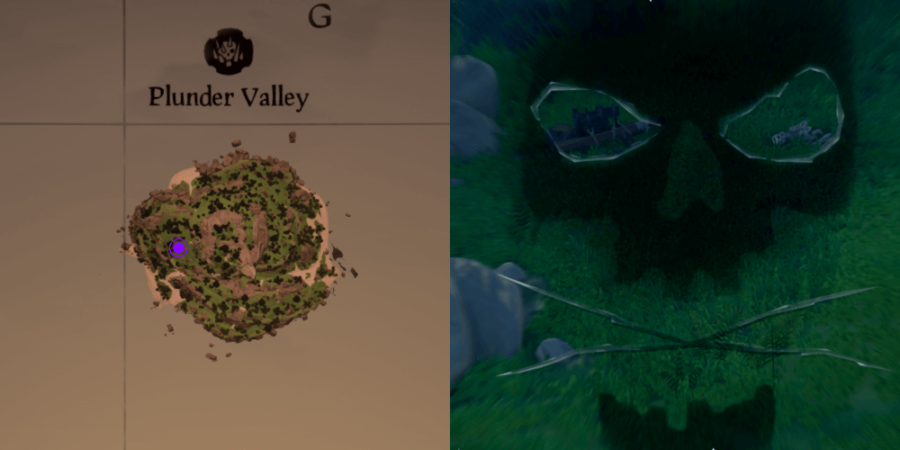 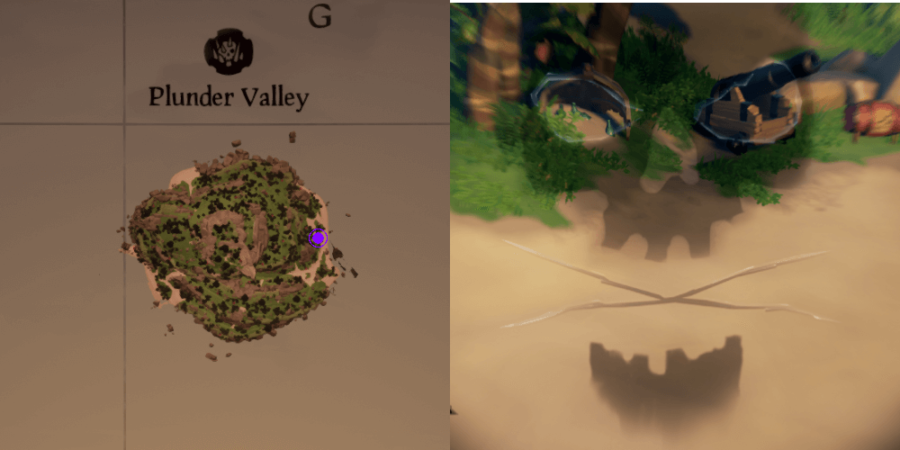 Salvage and wood to batten down hatches, closer now if viewpoint matches 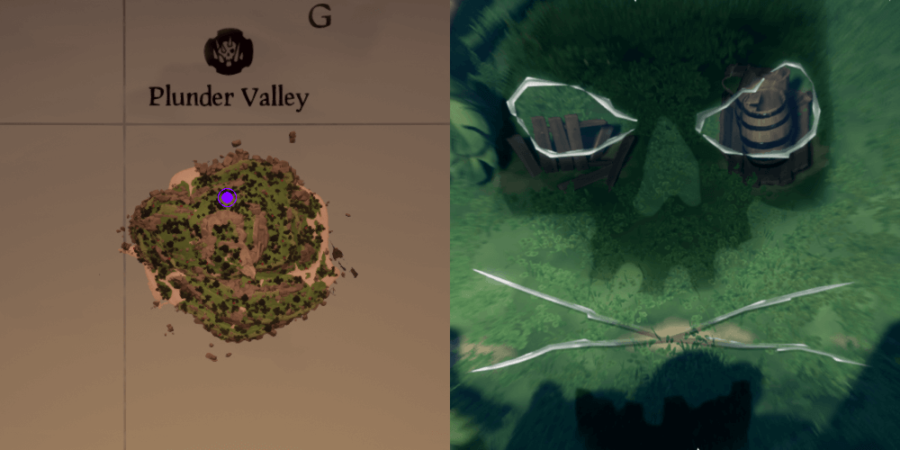 Wood and iron may be the tools, to save my soul from greedy fools 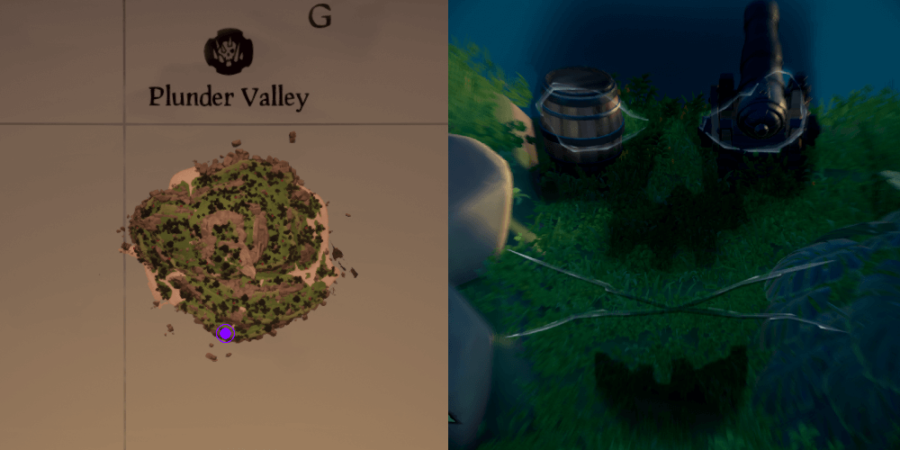 After finding three of the Trapmaker's dig spots, you will have uncovered the Gunpowder Key. This looks like an explosive barrel but is actually a weight that you must place on a stand on Sailor's Bounty. We'll cover that in the guide's next section: Sailor's Bounty Traps and Battle Guide!

Have you gotten the commendation for completing The Cursed Rogue five times? Since it's different each time, use our guide to help you!