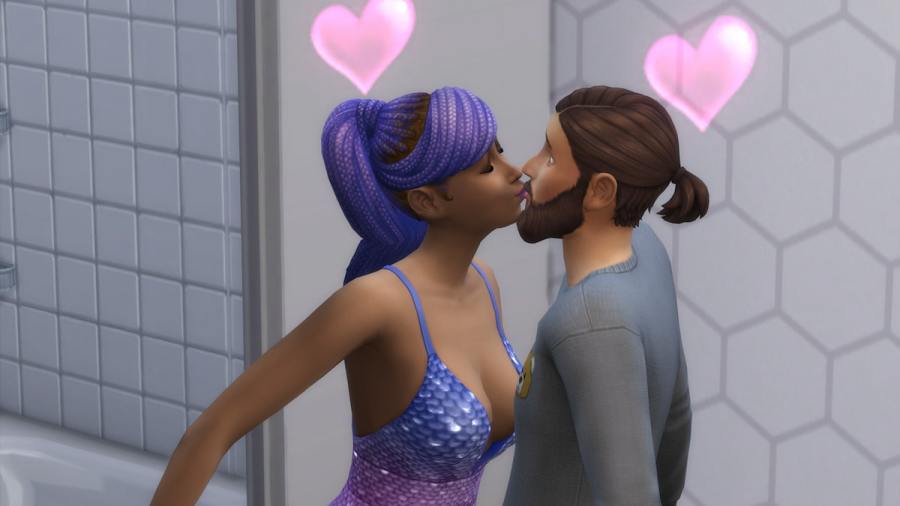 EA's The Sims series is renowned for the shenanigans you can get up to under the sheets. You can get into all sorts of mischief, or you can finally satisfy that curiosity about what's under the little censor mosaic when your Sim showers... Speaking of mods, these for The Sims 4 will take your Sim's love life to new heights!

Best Sex Mods in The Sims 4

As always, mods are not a part of the official base game, so please be aware that this will include adding content to your game that has not been certified by EA. These are well-tested, however, and are likely safe to use. It is also key for readers to remember that some of these mods may be especially explicit or graphic in nature, depending on individual sensitivities.

We have covered how to turn on Risky Woohoo in the past, as well as how to install MCCC. If you haven't heard of it before, it is a mod that allows more control over your Sim's fertility. After installing the mod you will be able to set your Sim's probability of pregnancy by using the normal Woohoo option, instead of having to click Try for Baby. For instance, you can set your Sim's chance of conceiving to 10 (the highest amount) through the Woohoo option, meaning that your Sim will get pregnant every time they Woohoo. Setting it to 5, by comparison, will create a 50/50 chance of pregnancy.

If you don't set the parameters for this mod, the mod itself will make it more realistic by reading your Sims' traits. If a Sim has the Hates Children trait, the likelihood of them being risky and not using protection will be far lower than a Sim with the Lazy trait.

Since the very beginning of The Sims franchise, there has been a mosaic censoring pattern for whenever a Sim showers or goes to the bathroom. This censoring has no actual nudity underneath, it's simply a tool to transition Sims into private moments like bathing. Some players may find it distracting though, and want to remove the mosaic.

Thankfully, there is a way to get rid of this and it is by using the No Mosaic mod by Moxiemason which completely removes the censor. When clothed it does just reveal the rest of the clothes that would usually be underneath the tile. So while no actual nudity is shown, it can still be a fun change to your gameplay!

Related: Sims 4: How to Use CAS Full Edit Mode Cheat

The Wicked Whims mod is definitely one of the most extensive on this list and is by no means meant for younger players of the series. Made by TurboDriver, it allows a lot more variation in your Sim's sexual actions and adds realism. The mod includes features such as hooking up in more random places, such as wardrobes. You can also increase the chances of your Sims getting naked just because they want to. This mod enables a little Sim solo time... if you catch our drift.

Traits are also added, which can make your Sim more likely to express their sexually deviant side through flashing, and they can even attend parties specifically for Sims who like to flash. The Sexually Abstinent and Sexually Alluring traits also play a role in dictating how often your Sims will have sex, as well as who they are actually attracted to. The mod definitely enriches gameplay by adding tons of detail. It also incorporates the use of menstruation which is something EA always leave out of their games.

This mod created by LittleMsSam introduces the Sim equivalent of Tinder into gameplay. Your Sims can go on dates, either blindly assigned or picked by themselves. And then they can see where things go! They can also choose to indulge in a one-night stand if the mood sways them. This is perfect if you have a bachelor Sim. It is available on your Sim's cellphone and can be accessed like the normal event functions from the game. You may even receive a booty call!

This mod created by Shimrod101 actually uses animations meant for the base game which were removed. So it is inspired by official Sims 4 content! Rather than see the fireworks when your Sims have finished having their Woohoo session, the interactions can be changed so that your Sims have a little bit more time to interact after their fun. The possible animations include a tickle fight, general kissing, and whispering sweet nothings to your sex partner. This is a very simple mod but a great one to install, purely due to the fact that it adds a degree of immersion not currently present.

With this mod, your Sim can take part in a Cybersex company. Sims will have clients that interact with them sexually through online chats, messages, and video meetings. The mod combines romantic interactions and job mechanics. Interestingly, RedAppleNet allows your Sim's love needs to be fulfilled through this career path, meaning that you won't need to worry about them being lonely or without romantic interactions.

Adult Life mod expands upon your Sim's conversational topics. Instead of sticking to those same old jokes and having to profess your love through what feels like a Shakespearian soliloquy, you can have them discuss things that adults actually do in the real world. Whether it be cheating, drugs, or that unfortunate STI, your Sim can now discuss these matters with friends. We know that this isn't inherently a sex mod, but it does flesh out the other mods by making it, so your Sim is able to talk about them after the deed is done!

Need some help getting inspiration while playing The Sims 4? Check out Best Sims 4 Build Challenges on Pro Game Guides.