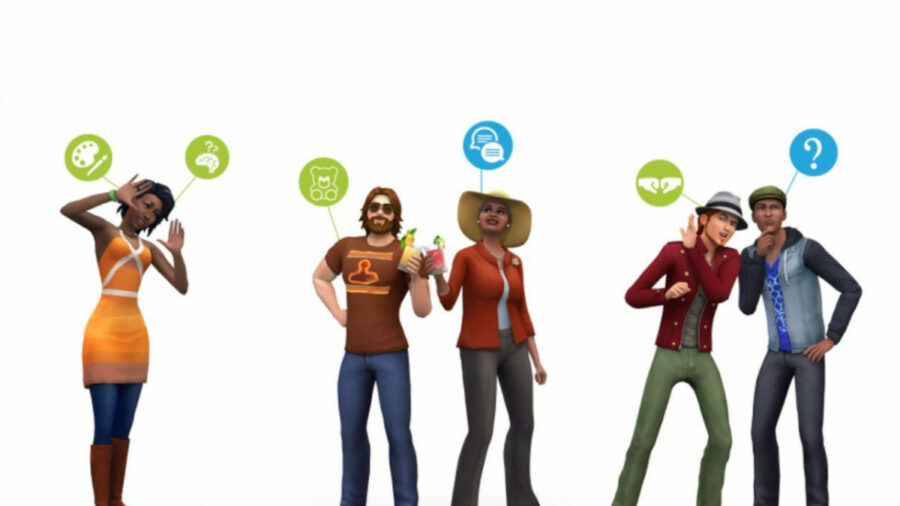 There are many things that can be improved in The Sims 4, but there are definitely some consistent ideas voiced by fans. While The Sims 5 is still a distant concept, it's fun to speculate on what we want the future of the franchise to hold.

While EA and Maxis have gotten much better about gender-neutral clothing options in recent years, there's still a lot of work to be done. The Sims 4 has many clothing assets that only fit a stereotypical idea of a biological man or woman's body, and Sims that exist on the spectrum of gender expression are often left with frumpy and ill-fitting options. The Sims 5 could benefit from creating all clothing to fit on a scale of body types, leaving birth sex out of consideration during the designing process.

In a similar vein, many players would love to see more Create-a-Sim control in the next installment of The Sims. Whether that be more hair colors, the ability to create custom color swatches, or even implementing unique and detailed features like heterochromia and vitiligo. While The Sims 4 has made some strides in diversity, The Sims 5 would ideally improve further upon this.

Many Simmers love custom content and often find they will prioritize downloading custom content over buying a new Sims pack. This is because The Sims 4 can sometimes be out of touch with what styles and designs players may desire. If Maxis and EA wanted to make a strategic decision, they would keep more fans from straying outside of the game and having to deal with pesky mod files by allowing custom clothing and furniture in The Gallery.

The Sims 4 had a horribly rocky start, as a lot of fans are well aware. Upon launch, the base game was missing pools, toddlers, and more. Hopefully, we'd see The Sims 5 not have any of these issues and start the base game will fulfilled potential. There's no worse feeling than paying full price for a game that feels empty.

Teens just tend to be skinnier versions of young adults and elders tend to just look like gray-haired adults. That's what it looks like in The Sims 4, anyway. This wasn't always an issue in past games and seems to be a problem contained to The Sims 4. This makes us especially hopeful that The Sims 5 will have more options that make teenagers and senior citizens feel authentic.

There are few things more frustrating than seeing a townie in The Sims 4 wearing a Halloween costume in the summer or having assets that ruin the look of your neighborhood to be just out of the editable boundaries. The Sims 5 should hopefully allow for seamless editing of your immediate world to clear up any inconsistencies that hamper immersion. We'd love to see the ability to blacklist the cursed eyeball ring!

Some packs for The Sims 4, like Knifty Knitting and Laundry Day, were actually partially created by community input. Unsurprisingly, sales and satisfaction of these packs went pretty well. Fans of The Sims want to have their voices heard and get more packs catered to their direct interests. Hopefully, The Sims 5 does more to take user wishes into account.

The Sim community was rocked and pleasantly surprised when Maxis released a reboot of Spa Day, which had previously been an underperforming game pack, prompting fan desire for patches on older content. Sometimes, packs are looked back on with regret. Refreshing them with fresh content and designs should be a more frequent occurrence in The Sims 5.

Similarly, patches of content that have been in the game for a long time need to be implemented heavily in The Sims 5. In The Sims 4, it is sadly still common to have features like dining at restaurants or training your dogs to be glitchy, even after the bugs started years ago. This would require developers to check in more frequently with players.

It's kind of incredible to stop and realize that The Sims 4 still doesn't have autosave as a feature. Many a Simmer has experienced forgetting to save, only to have the game crash and cause hours of progress to be lost. This simple feature should definitely be added to The Sims 5, since losing game data can have big consequences. For example, maybe your Sim won the lottery, and then, your game crashes. We'd love to avoid worrying about that in the next game.

Another settings feature we'd love to see created and optimized is the ability to have selective disabling of features from multiple packs. There's nothing more annoying than trying to do a playthrough of a normal suburban family, only to have the vampire Vlad sneak into your home and drink your Sim's blood. It should be optional to disable features like vampire attacks, mermaid sightings, and jungle diseases.

In past Sims games, you could add in dating preferences and let that impact your Sim and their decisions. Many fans miss this feature because it added a high degree of sensible behavior from autonomous Sims. Now in The Sims 4, you may have a Sim you have created to be a goth who is interested in men, but he will autonomously decide to date an elderly sporty woman. The lack of logic in your Sim's decision-making can be frustrating, and a simple preference system would fix a lot of social immersion.

Cars and Open World neighborhoods have been long pined after since they were left out of The Sims 4. Many fans are desperate to have cars and more free world travel back in their games, especially since many claim this adds the most realism for them. Cars would be easy to input again, as they can even be a simple animation without seeing inside of the car.

One thing Sims veterans will remember, though, is that Open World setups were heavy on the game. At the end of The Sims 3, it was recommended by Maxis themselves that players should uninstall some of their packs before playing because of the burden from all of the content. Open Worlds often mean less functionality and speed for games, so we'd prefer to see some kind of middle-ground compromise.

Want to read more about The Sims 5? If so, hop on over to Sims 5 Leaks – Release Date, Announcements, Features, & more! on Pro Game Guides.

Top 10 Features We Want To See In The Sims 5